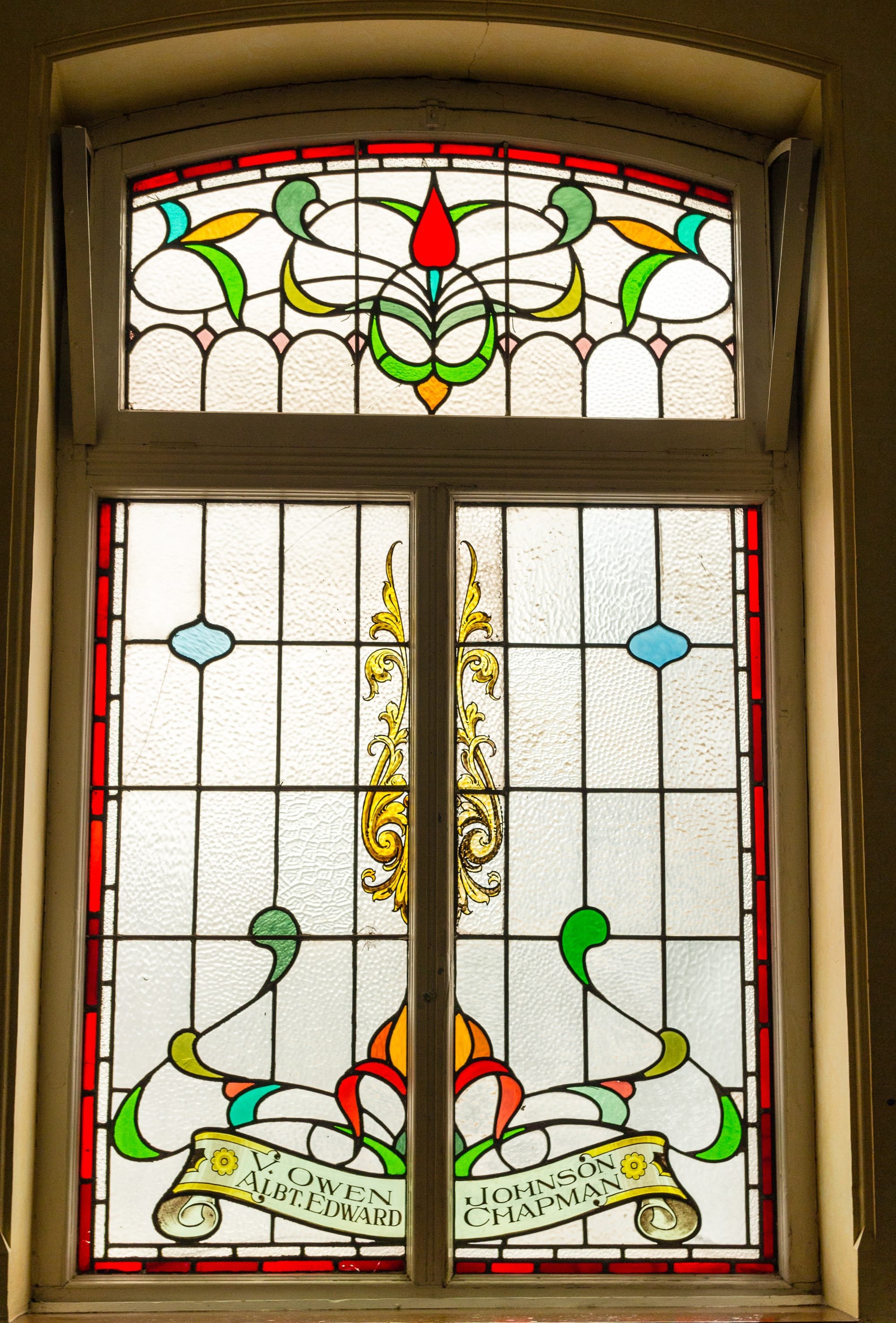 According to the inscription on the window that bears his name we ought to be remembering Private Albert Edward Chapman. But any attempts to research him or find any records that relate to him failed completely. A thorough search of the census returns from Ashby in 1901 found a family called Chapman living at 50 High Street and among the members listed was Arthur Edward Chapman.

Further research showed that his war-time service records were still available as were all the usual records held by the Commonwealth War Graves Commission.

We therefore have a bit of a mystery on our hands. No soldier, sailor or marine named Albert Chapman from Ashby can be found but there was an Arthur Chapman who corresponds to everything we have been able to establish through such records do exist.

There are lots of families in where members are never known by their given name but are always referred to as, for example Bill, although his real name is Alfred. Perhaps this was the case for Albert; we most likely will never know. 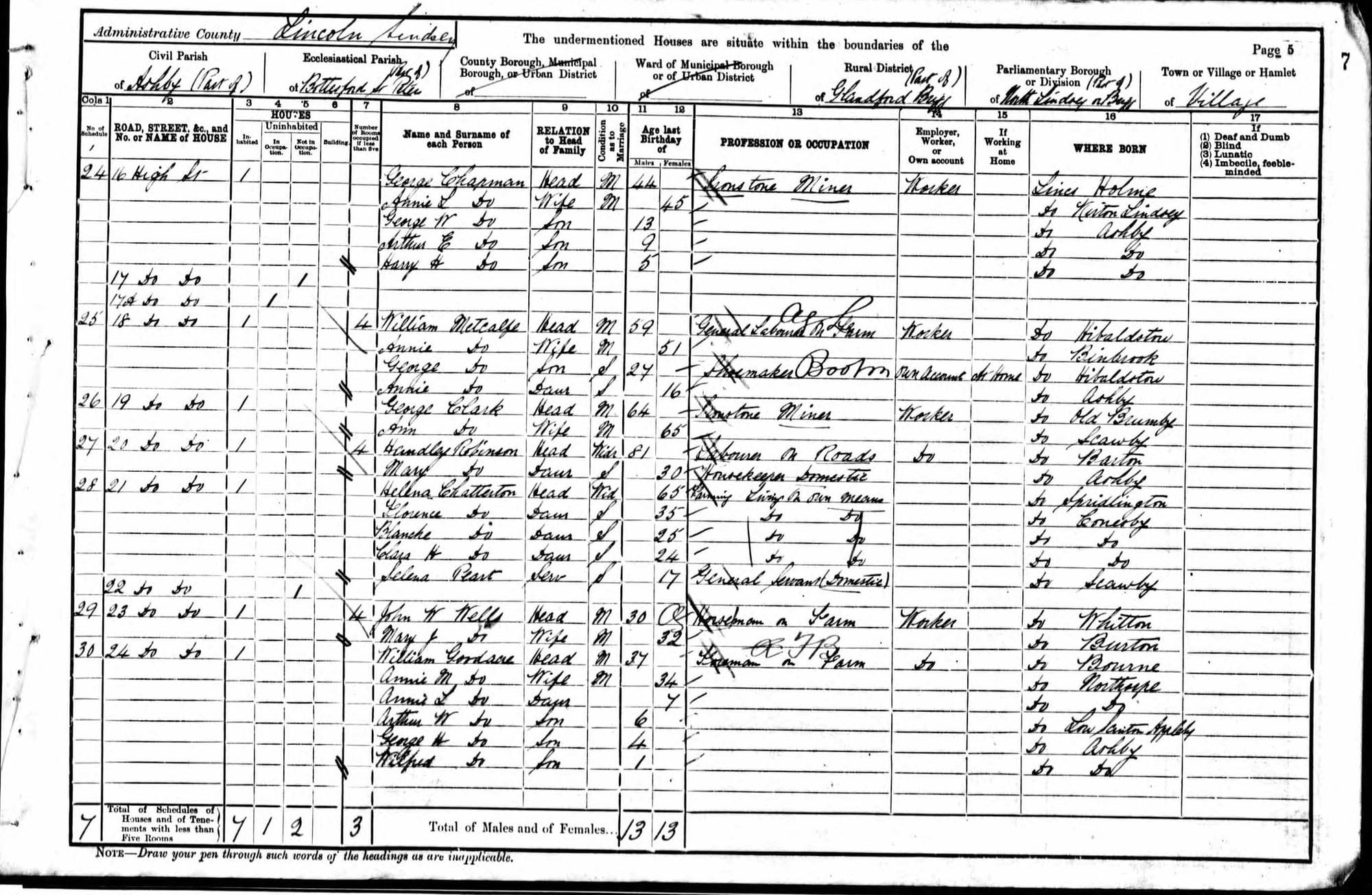 Unfortunately we then lose all trace of the family so far as public records are concerned until we find Annie’s death registered in 1929. It would appear from the records also that George died in 1921 although without his death certificate we cannot be certain.

Arthur was a Marine. He enlisted at York on the 18th of June 1912. His service record has survived and from it we learn that he was a gardener. He gave his next of kin as his father, George of 50 High Street, Ashby near Doncaster. He was 5 feet 7½ inches tall with brown hair and eyes and a scar on his left cheek. He was able to swim, (which wasn’t as common in those days as it is now) and he was described as having a fresh complexion.

His record shows that he served at Chatham in C company then with F company in London, then Lancaster and finally at the HMS Victory Royal Marine Barracks in Portsmouth in the RM Brigade. This formed part of the Royal Marines Light Infantry Battalion.

We are not certain when the 1st Battalion of the R.N. Division ., Royal Marine Light Infantry in which he served embarked for France but we do have a detailed history of the battle in which Arthur was killed in action. This was the battle of Gavrelle which is near to Arras.

This is one of the less well-known battles of the First World War. We have all heard of the Somme and Paschendaele but the battle of Gavrelle was the one in which the Royal Marines suffered their greatest ever losses in terms of men killed in action or wounded. In total 157 men and 6 officers from the 1st Battalion were killed in action and a further 10 men and officers died of their wounds.

The battle was fought for control of a piece of high ground on which stood a windmill. 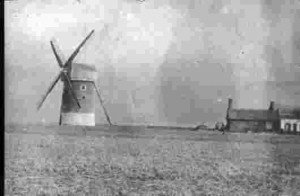 (The windmill at Gavrelle as it stood before the outbreak of war.)

. The Germans defended this position very strongly and resolutely and the fighting is described as ‘bitter’. The role of the R M L I was to support Canadian Troops in their efforts to capture the ground and the story of what took place on the 28th April is very well documented. If you wish to read more there is a web page at www.royalnavaldivision.co.uk There is also a book which can be obtained by submitting a request to Scunthorpe Central Library. 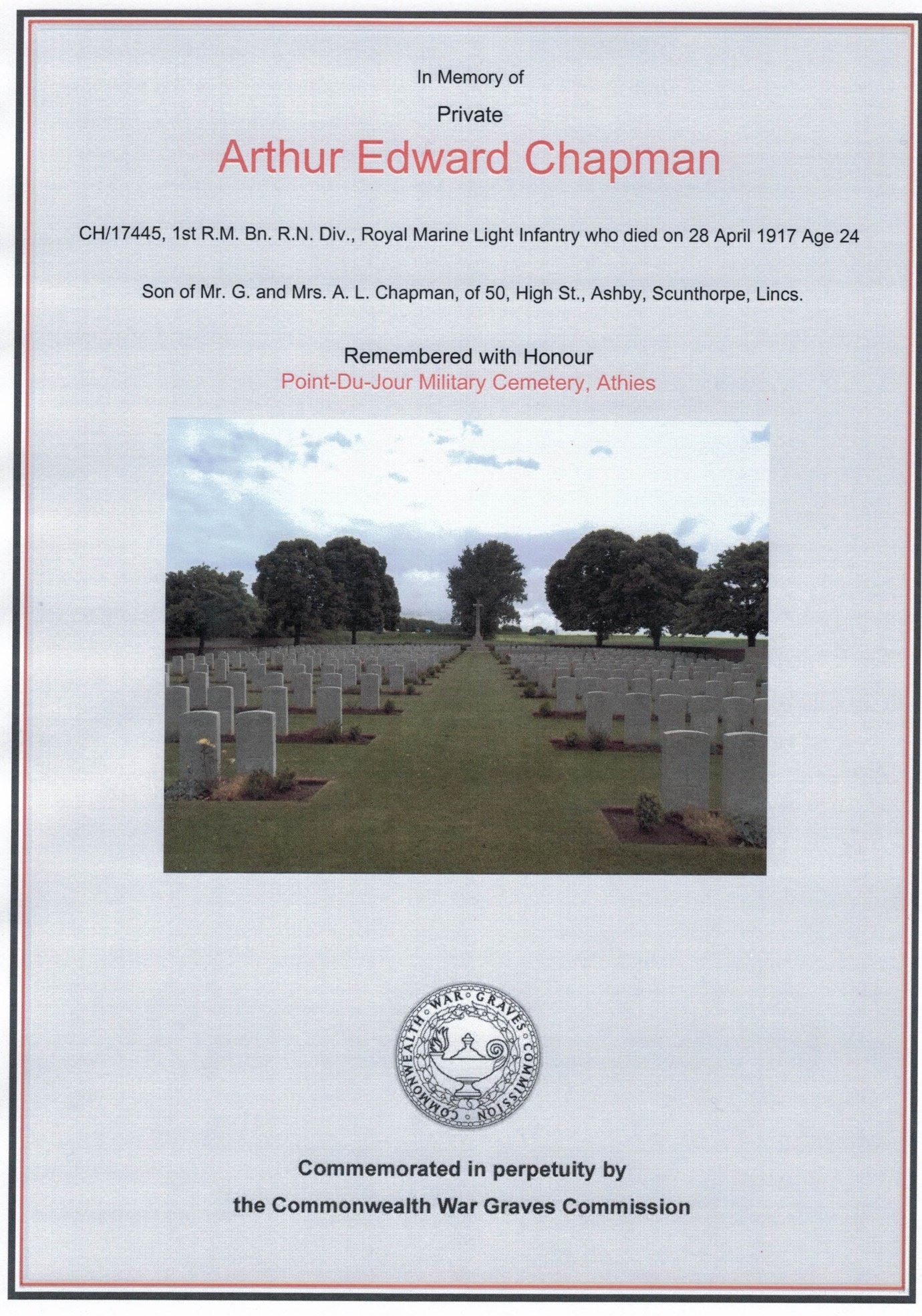