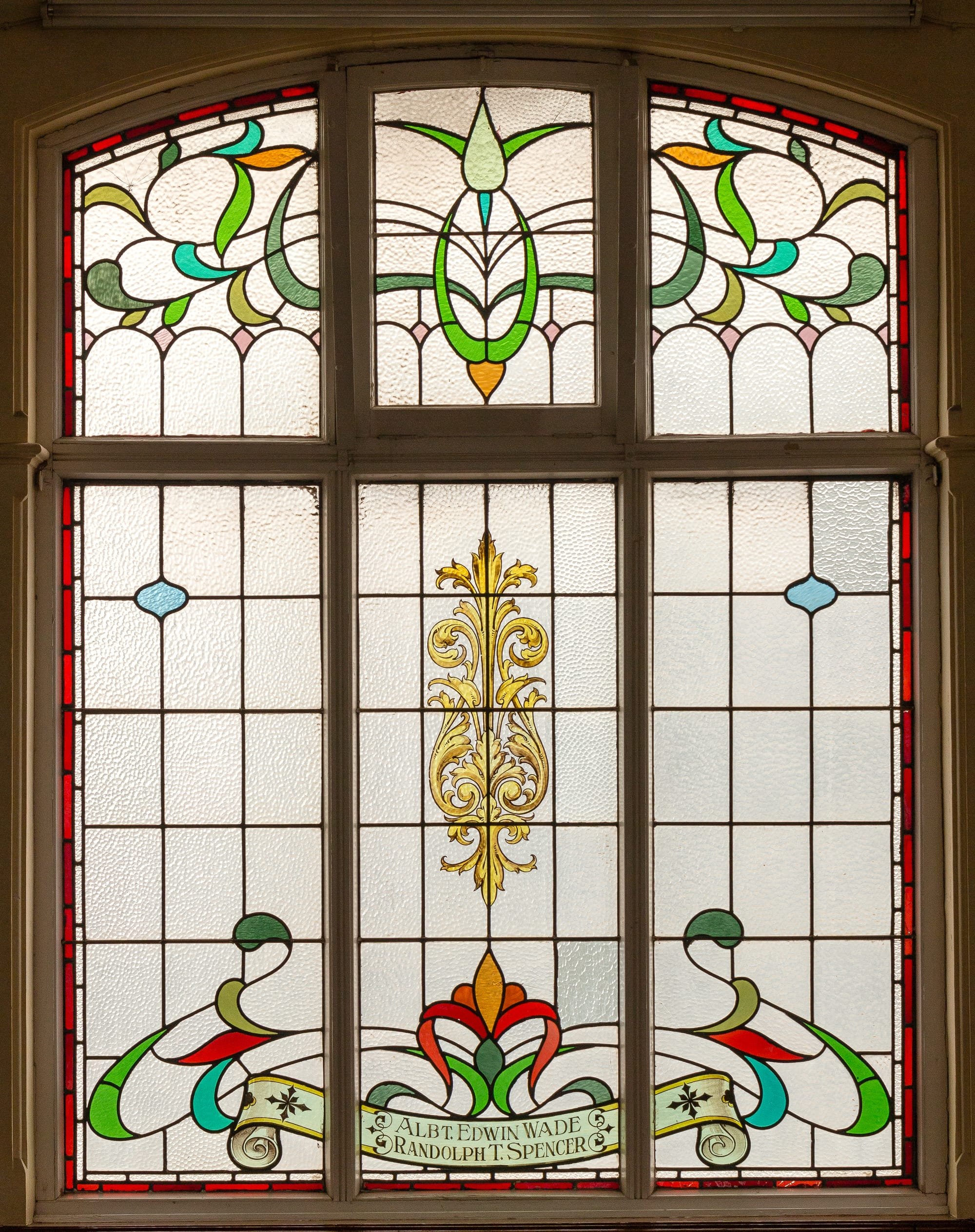 Albert was the second son of Samuel and Ada Wade. They lived at number 19 Grange Lane.

Samuel came from Stamford and was descended from a long line of saddlers and harness makers in the area.

By the end of the nineteenth century, like so many other crafts and trades, saddle making had become industrialised and centred on towns like Walsall in the West Midlands and so, like many men of the time Samuel sought work in the fast-growing iron and steel industry.

He was a well-known character in the Ashby area, and there are many tales of him being “helped home” from the Ashby Ville pub.

His wife was Ada Hunt and she came from Frodingham.

We have been unable to trace any photographs of Albert Edwin but there are family photos of Samuel and Ada and some of his siblings.

Below is a photograph of Albert Edwin’s mother Ada with six of her 9 sisters. 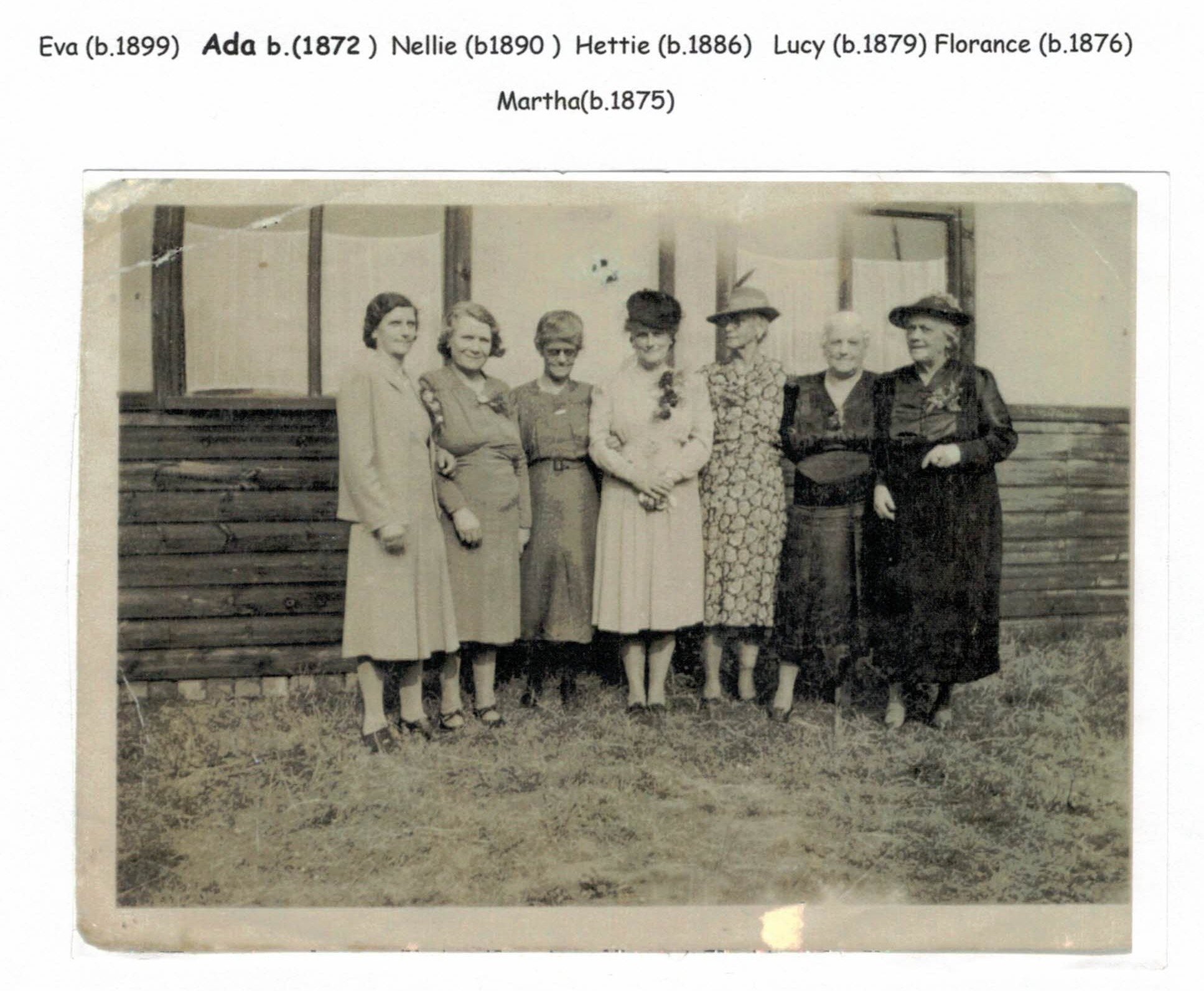 In the wedding photograph below, taken in Brigg in 1933 we see Samuel on the left together with Albert’s younger brother George, his sister Susannah and other members of the family. 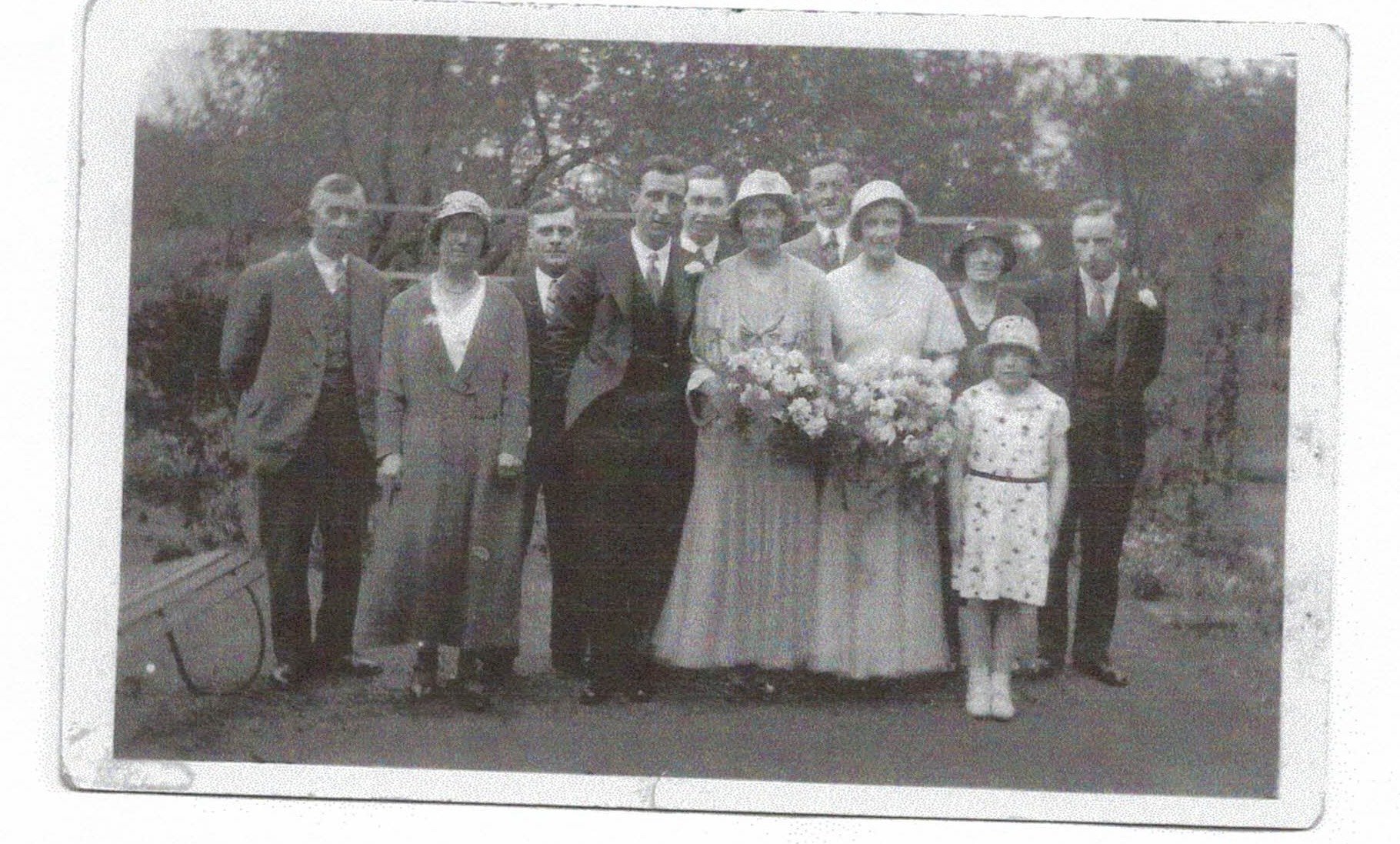 In 1913 Albert married Mabel Annie Smithson from Burringham and in 1914 their first child Alfred Edwin was born. He was followed two years later by daughter, Annie Ada, who went on to marry George Pottage in 1938.

Efforts to trace descendants of Alfred and Annie Mabel have so far been unsuccessful. 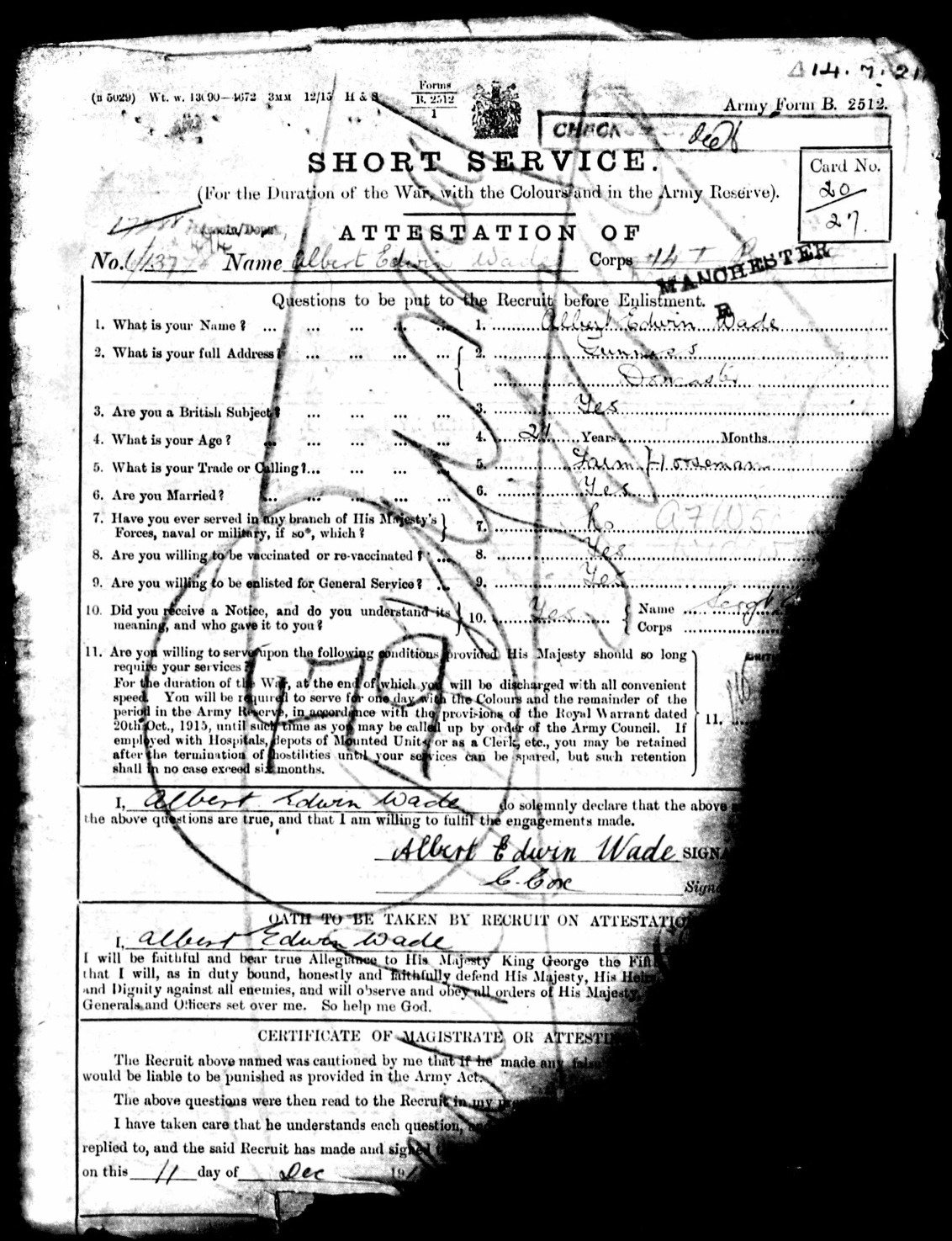 We can see from Albert’s attestation paper, a fragment of which has survived, that he enlisted on the 11th December in either 1916 or 1917. He answered “yes” to the question “Did you receive a notice?” so we know that he was conscripted.

He was assigned to the Training Reserve which was a new system for allocation of recruits.

A considerable reorganisation of the reserve infantry battalions took place on 1 September 1916. Before this date, most of the infantry regiments contained one or more reserve battalions of the regular and new armies. Recruits would be posted to these battalions for basic training, before they were posted to an active service unit. With the introduction of conscription, the regimental system simply could not cope with numbers. A new structure was put into place: the Training Reserve. The local nature of recruitment for infantry regiments was abandoned and the entire system centralised.

After 1 September 1916, regimental distinctions disappeared and the reserve units of the regiments were instead redesignated as battalions of the Training Reserve. They were organised into new brigades. The reorganisation did not affect the Special Reserve or Extra Reserve battalions of the regular army (normally the 3rd and sometimes 4th Battalions of a regiment).

The official complement of the Training Reserve was a little over 208,500 soldiers.

Men who were posted to the TR battalions were not allocated to any particular regiment when the time came for them to be posted. So from this time on it is not safe to assume that a recruit would serve with his local regiment.

Albert, therefore, ended up serving with the 2nd/5th Battalion of the Manchester Regiment.

On the 21st March 1918 Albert found himself on the front line at the very beginning of the second battle of the Somme. The German army had initiated what became known as the ‘Spring Offensive’ and as a result of this action had made significant gains, bringing their armies to within 40 miles of Paris.     Much has been recorded about this battle and there is an abundance of information both on-line and in the many books written about it.

The 2/5 Battalion of the Manchester Regiment was deployed in the area around Albert and Peronne and the war diaries contain references several villages and hamlets in that area.

The war diary for the 21st March reads as follows:-

“ 4.45.am    Enemy bombardment on our front with a large  proportion of gas shells.

5.0.am    Telephone communication with Brigade destroyed but  still in touch with all companies. At dawn a thick  ground mist obscured observation.

8.30.am    Front line companies report all O.K. They have listening  patrols within 50 yards of enemy’s wire; considerable  noise is reported from enemy trenches.

10.15 am. A cook appears and reports that the enemy have  disarmed the cooks near the Battalion Headquarters. Lt. Wise (Intelligence Officer) goes to destroy his maps etc.. Lt. Schofield (Signalling Officer destroys his telelphones etc. Lt. Col. Rodwell MC  (C O) with Capt  Mc ? (Adjt) with 30 available men retire fighting to  Red Line and warn the 2/6 MANCHESTER REGT. that the enemy have broken through the outpost.

4.0. pm   Major Fisher and all detail man the Brown Line by  HERVILLY WOOD.

7.0. pm    Major Fisher ordered to reinforce the 2/6 MANCHESTER   REGT. At CARPEZA COPSE and hold as long as   possible.

We get a sense of the chaos of the battle from these fragments of the diaries and when we realise that in the first five hours from the commencement of the onslaught the German army fired over a million shells towards the Allied forces  we can perhaps begin to understand the horror of life and death on the front line.

On the next page is a copy of the  trench map for the area from 1918 showing the disposition of the various battalions and regiments with the 2/5 Manchesters clearly marked. 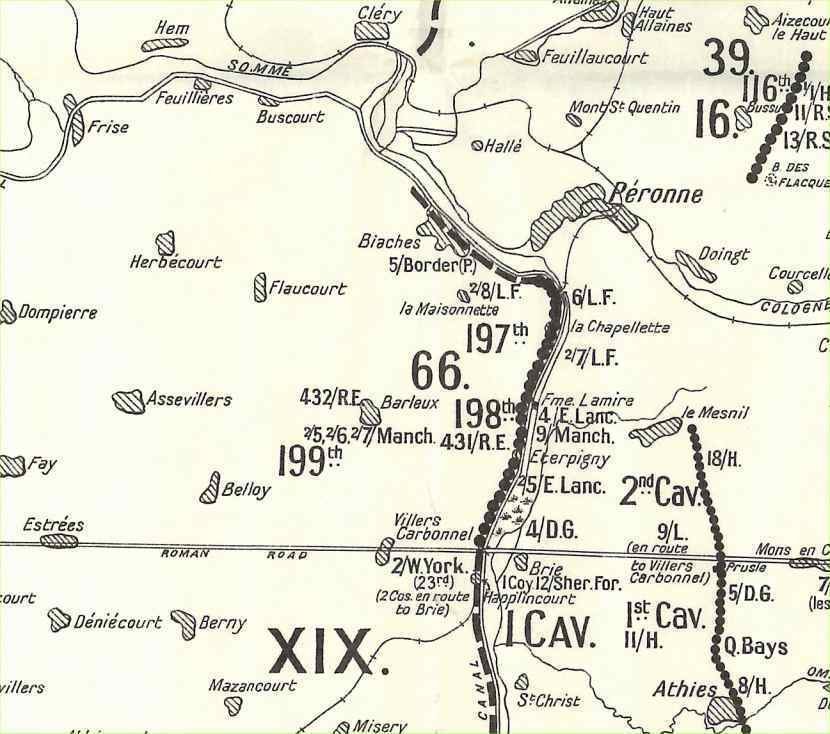 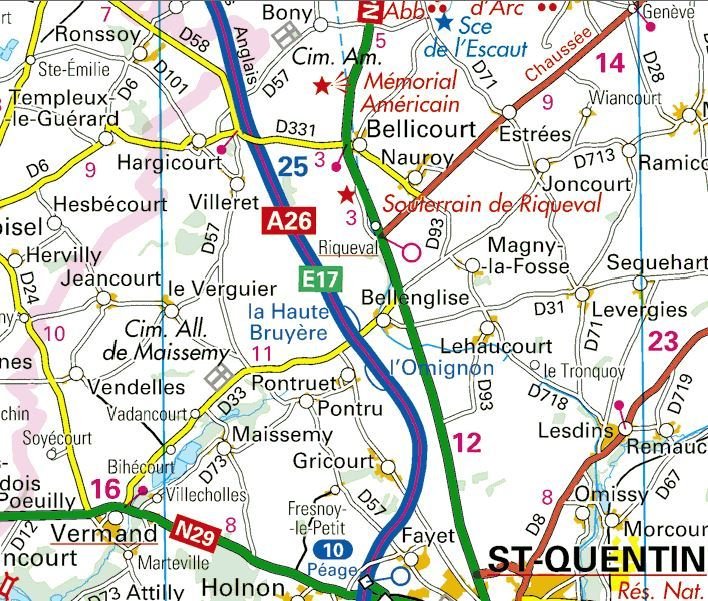 Below is an incomplete medal record card for Albert who has no known grave but is commemorated on one of the panels at the Pozières Military Cemetery and Memorial which is on the main road from the town of Albert to Cambrai. It is close to the famous memorial at Thiepval and other well-known monuments from WW1. There are 97 panels which bear the names of 14,655 soldiers with approximately 500 of them from the Manchester Regiment. 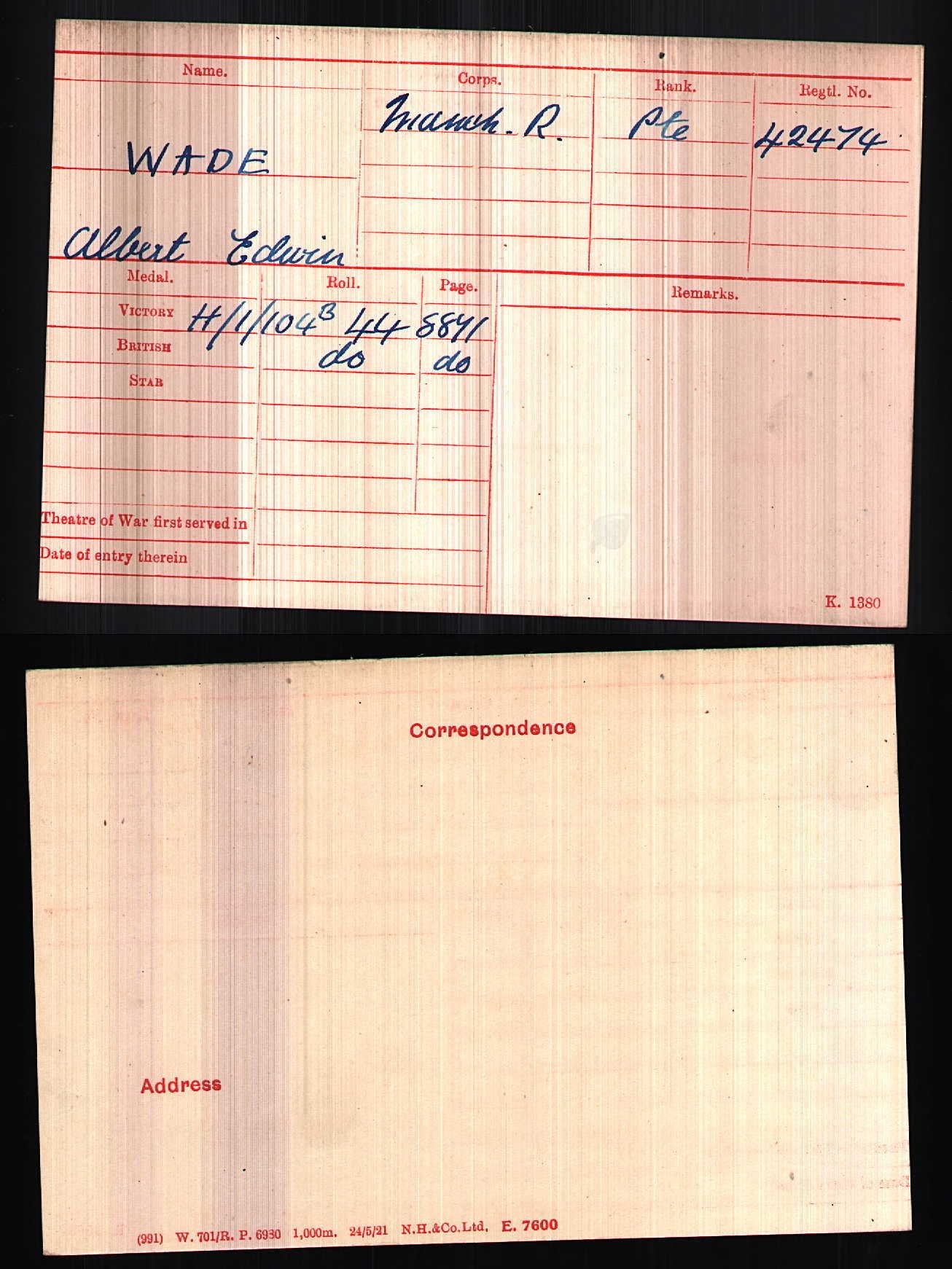 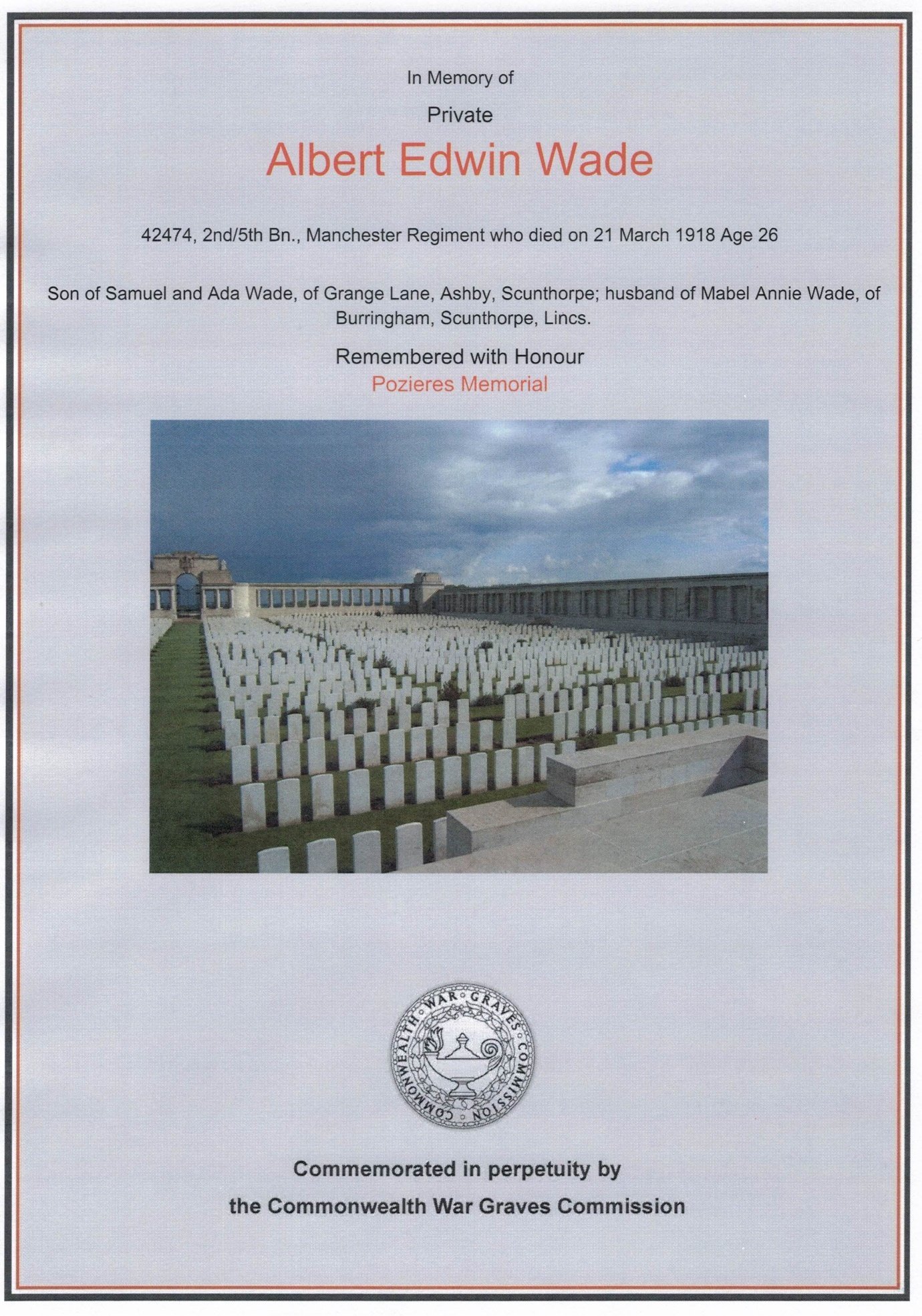