Herbert’s parents, Joseph and Emma came from the Retford area. Emma’s maiden name was Hiley and she was born in Gamston in 1862. Joseph came from Walesby and they were married in East Retford late in 1881. Herbert was born towards the end of 1882 in Ashby so we can assume that Joseph had done what many of his generation had decided to do and that was to seek work in the rapidly developing iron and steel industry in the Scunthorpe area.

The 1901 census shows Joseph and Emma with two of their children, Horace and Julia, living at 14 High Street. They later moved further up the High Street to number 52, although we cannot be certain of exactly where this was as no doubt the system for numbering the dwellings changed fairly frequently as the village of Ashby rapidly expanded. 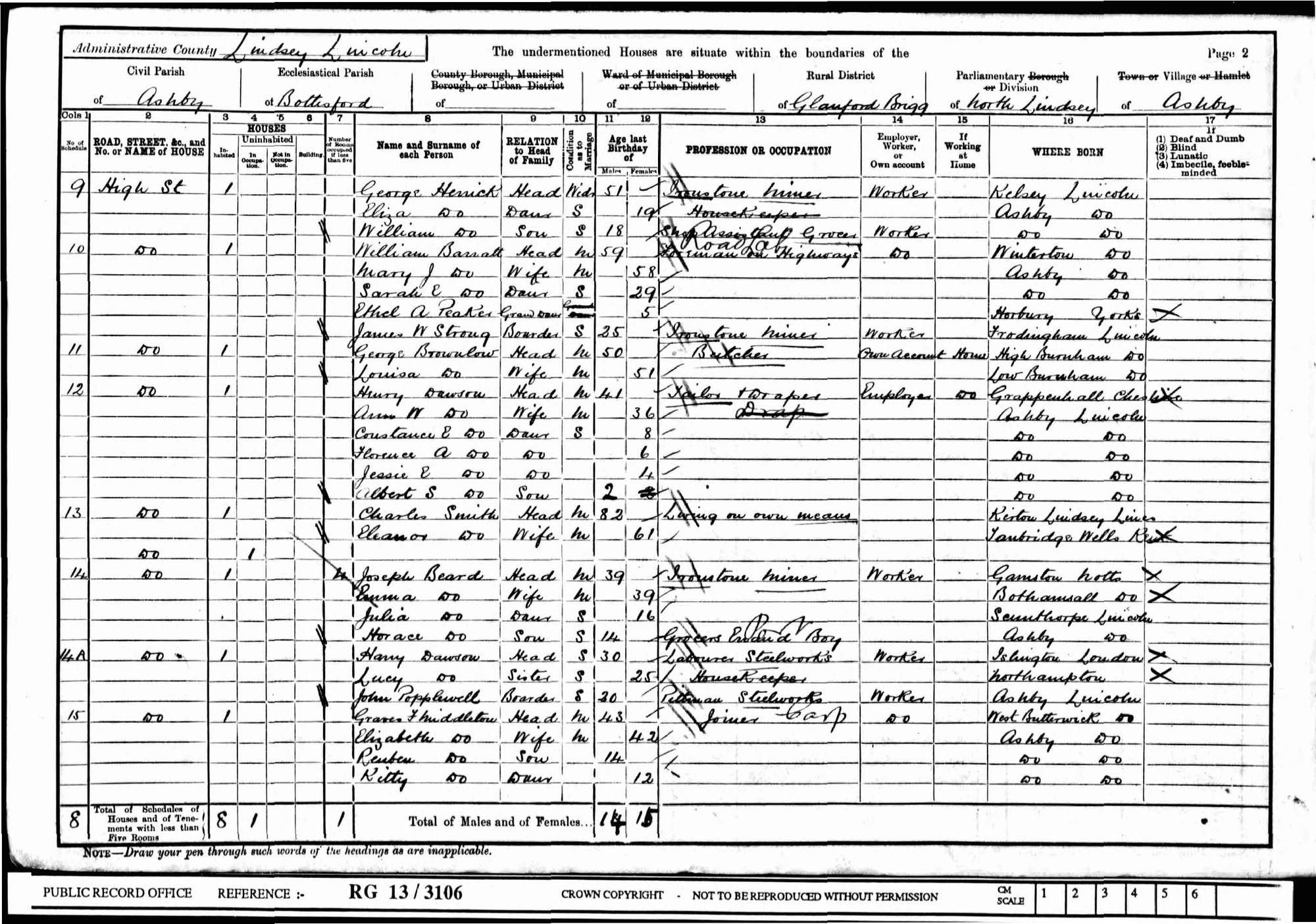 Ten years later we find that Herbert, who was still single, had gone back to live with his parents and was now working as an ironstone miner, as did his father, Joseph. 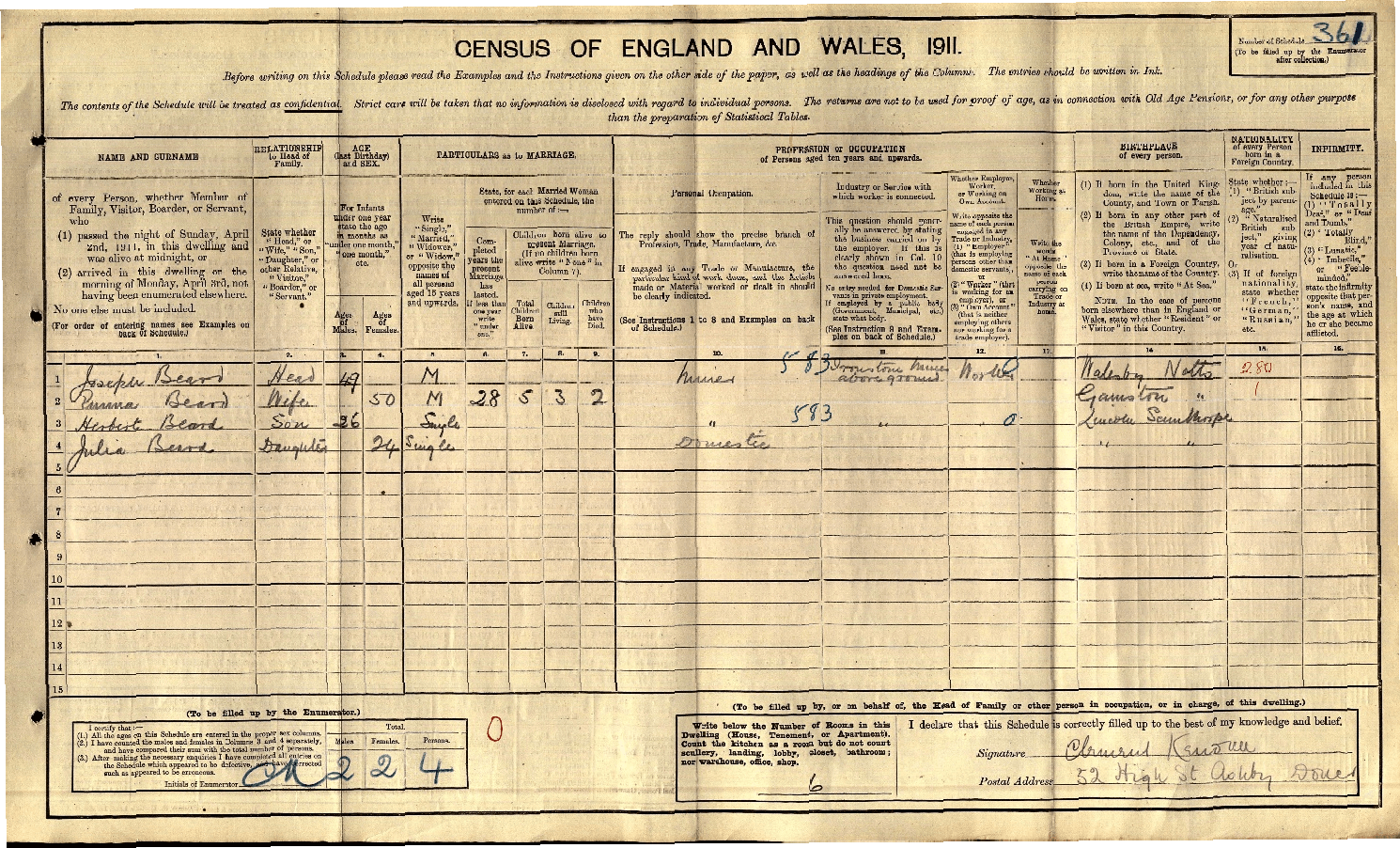 Herbert was almost certainly conscripted. The Military Service Act of January 1916 meant that all voluntary enlistment was stopped. All British males were now deemed to have enlisted on 2 March 1916 - that is, they were conscripted - if they were aged between 19 and 41 and resided in Great Britain (excluding Ireland) and were unmarried or a widower on 2 November 1915. Conscripted men were no longer given a choice of which service, regiment or unit they joined, although if a man preferred the navy it got priority to take him. This act was extended to married men, and the lower age dropped to 18, on 25 May 1916.

And so Herbert found himself serving with the 2nd/5th Battalion of the Duke of Wellington’s Regiment (West Riding Division).

The 62nd (2nd West Riding Division) crossed over to France in two stages in December 1916 and early January 1917. The Division then remained on the Western Front in France and Flanders for the rest of the war.

The battle in which Herbert died was the now infamous and highly controversial Battle of Bullecourt. There were two battles fought over this village just to the south east of the town of Arras. The first on the 10th and 11th of April and the second on the 3rd and 4th of May. 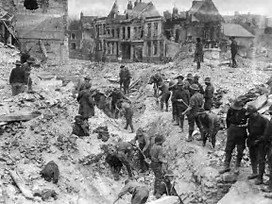 A photograph showing Bullecourt village as it was during the battle

The small map below shows the positions of the opposing forces at the time of the second battle. 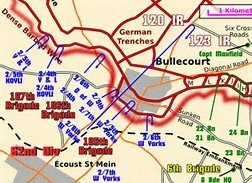 Many books and articles have been written about these two battles which saw relations between the commanders of the Australian Divisions, who formed the main body of the troops attempting to take the village and cross the Hindenburg line to which the German front line had moved back in February 1917, reach almost breaking point. It is generally recognised that many mistakes were made by the commanders of both the British and Australian Divisions 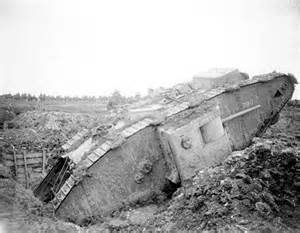 General Gough, who led the British Army was convinced that tanks could replace artillery bombardment and this tactic proved to be a dramatic failure. On the first morning of the first battle alone 1000 Australian men were killed or captured.

. In the second battle over 7000 Australian men were killed and of the 62nd Division which included Herbert Beard’s battalion only 100 out 2000 men survived.

The battle of Bullecourt was neither won nor lost by either side and the eventual result was a prolonged stalemate.

Below are some photographs taken during the battle. 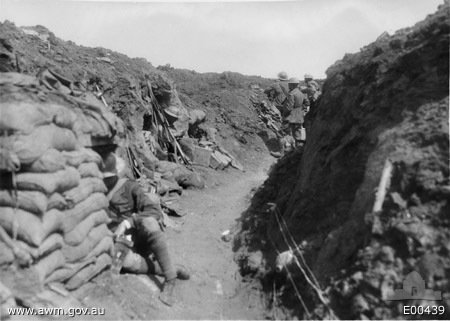 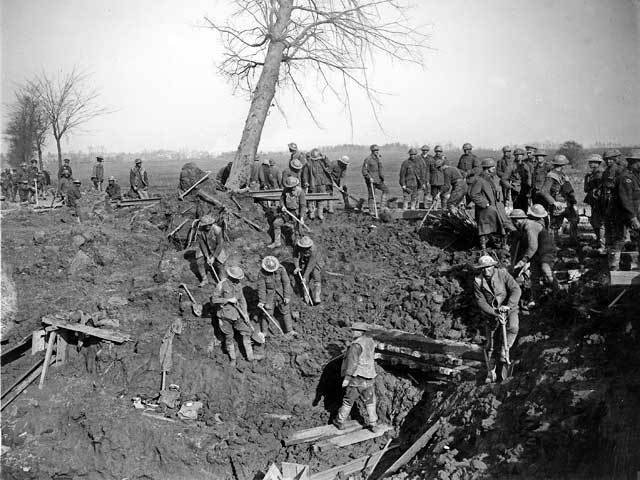 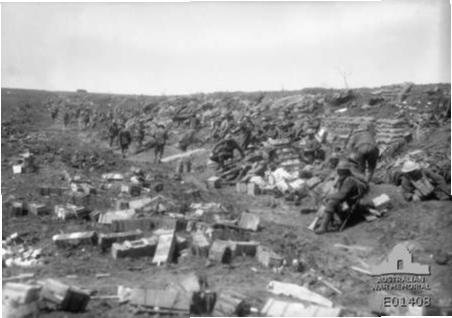 Herbert is one of the hundreds of thousands of soldiers who have no known grave. He is commemorated on the war memorial at Arras. 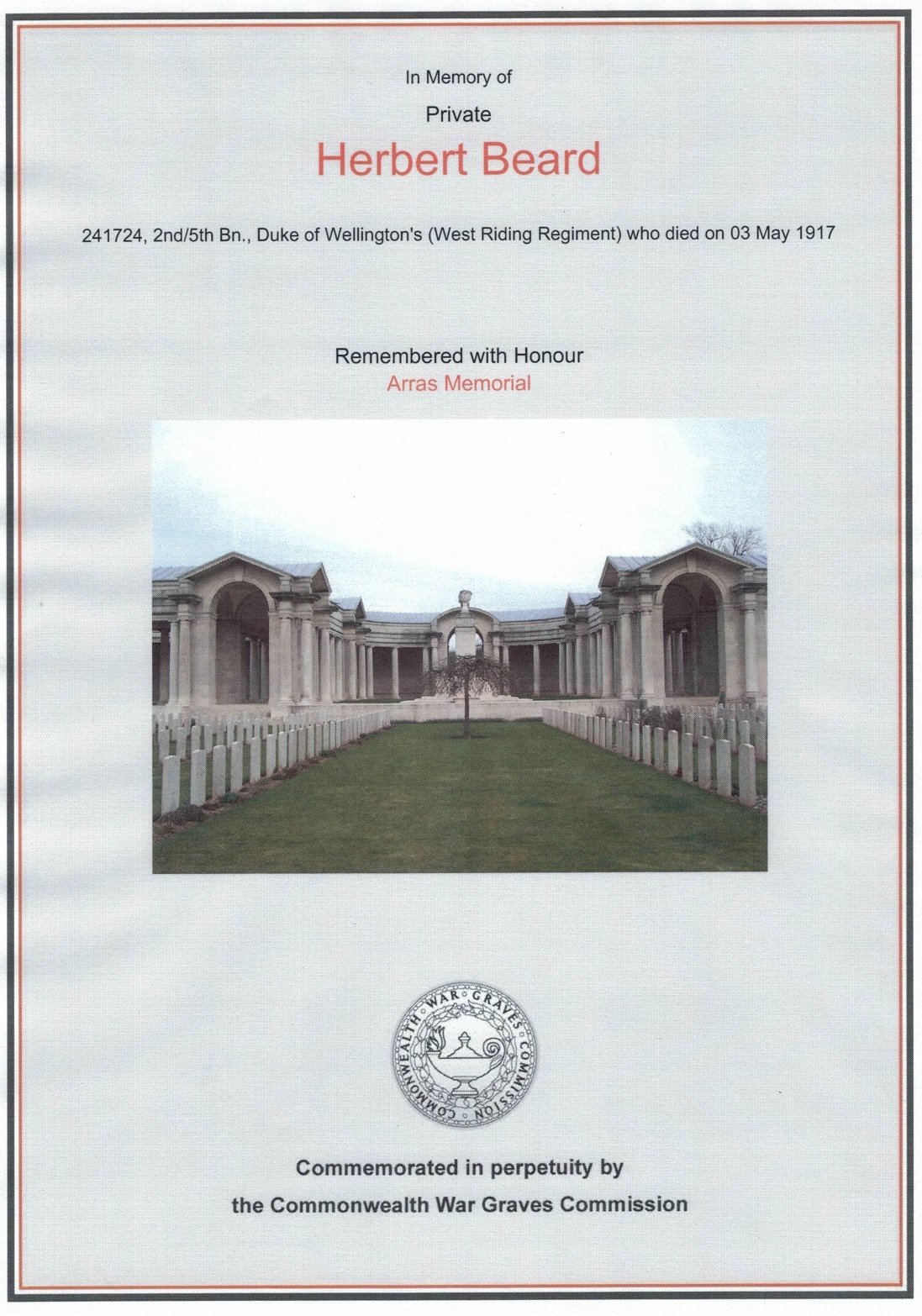