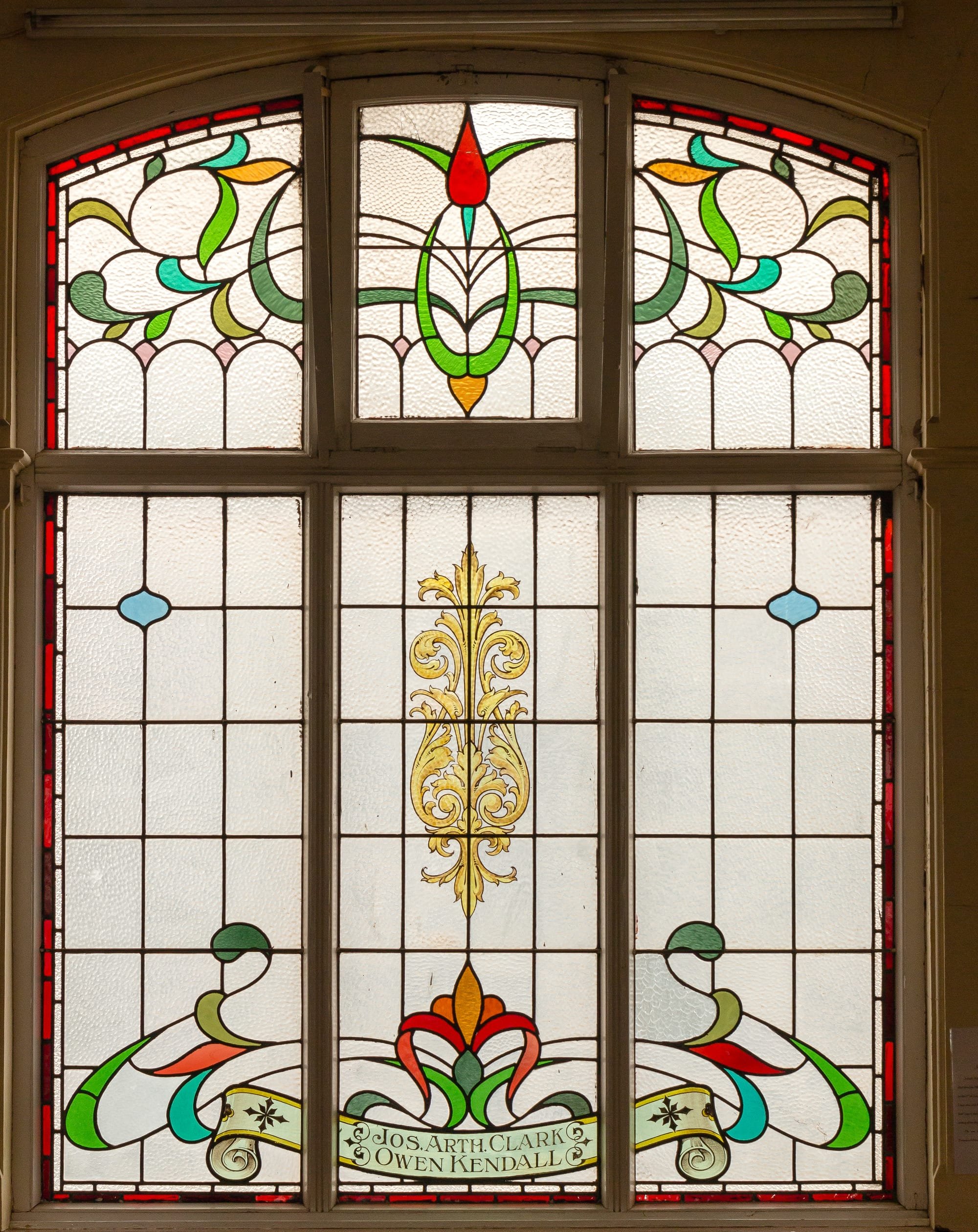 JOSEPH AND HIS FAMILY

Stoker 1st Class Joseph Arthur Clark, Royal Navy, died at sea on the 1st June 1916 during the Battle of Jutland. He was married and the father of two boys aged 3 and 1. He was 27 years old, and although he wasn’t to know it, he was my great-uncle.

Joseph Arthur Clark was born in Ashby on the

23rd April 1889, the 4th of in all 7 children to John Jackson Clark and Sarah Maria Clark née Cowling.

John Jackson was born in Worlaby and Sarah Maria was from Crowle. They were married in Ashby 25th June 1884, and as he was a widower this was his second marriage, and therefore Joseph also had an elder half sister just 6 years older than himself, so there were 8 siblings all in all. 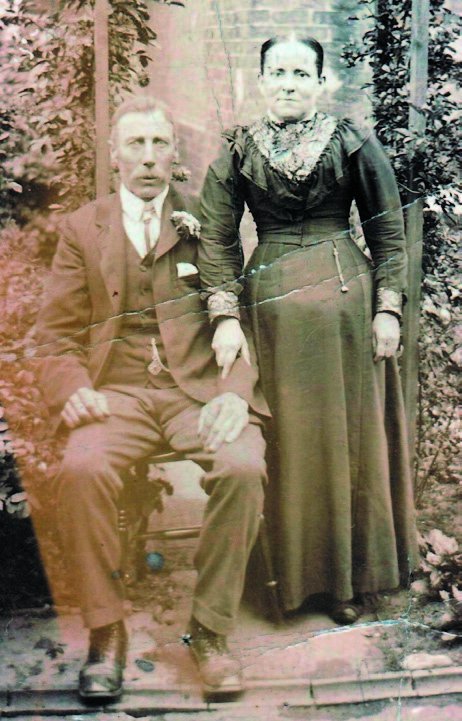 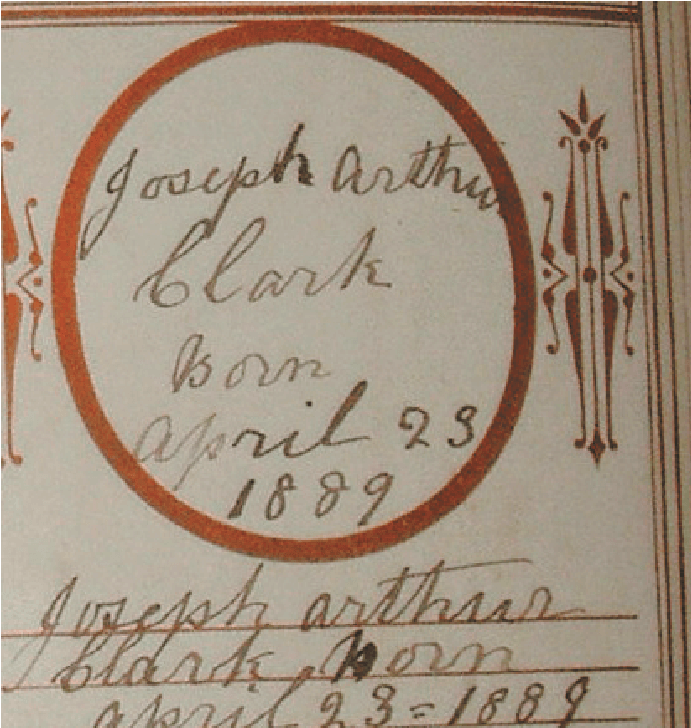 The first census after his birth was in 1891 where the family of 7 were living at 1 Jackson’s Row, Ashby and John Jackson’s occupation is listed as Ironstone Miner of which there were many in Ashby at that time. Jackson’s Row has long since been demolished and would roughly have been where St John’s Road is today. Joseph was then one year old. Joseph’s brothers and sisters were Sarah Ann b. 1883, Betsy b. 1885, John Henry b. 1888, Mary Ada b. 1887, Albert b. 1890 (d.

We have been very lucky in tracing our family history through what has been a very comprehensive Clark family bible with notes kept by Sarah Maria and although we have checked the dates there with official documents these have been impeccable and therefore it is more personal here to use the bible notes. 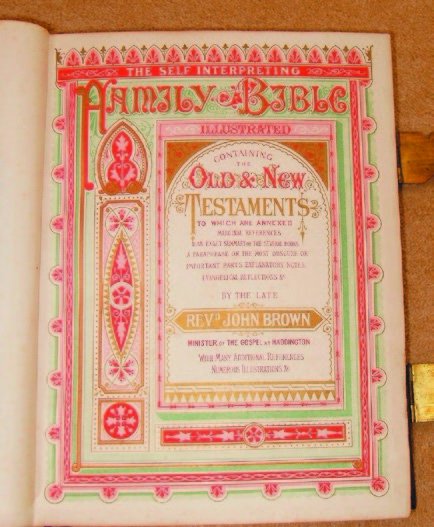 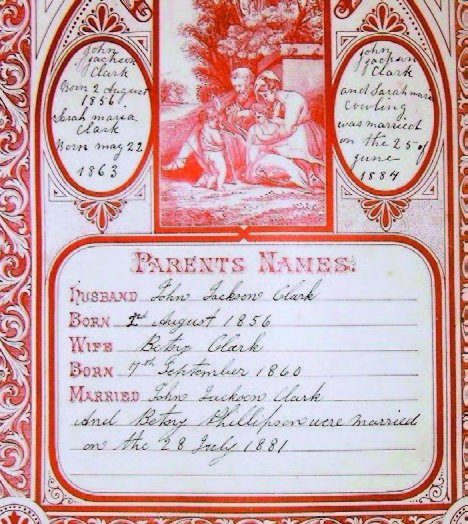 The next census was in 1901 and this time there were 4 children living at home and Joseph was 11 and the family were still living at 1 Jackson’s Row.

Between 1901 and 1908 when Joseph enlisted in the Royal Navy, all we know for sure is that during this period he became a Bricklayers Labourer as it is listed as his occupation on his service record. We do however have one photograph from this period of a very formidable lady taken in 1906 and written on the back “Granny Cowling”, this was Amelia Cowling born in 1826 and living at 54 the “Screeds”, in other words, Joseph’s grandmother. 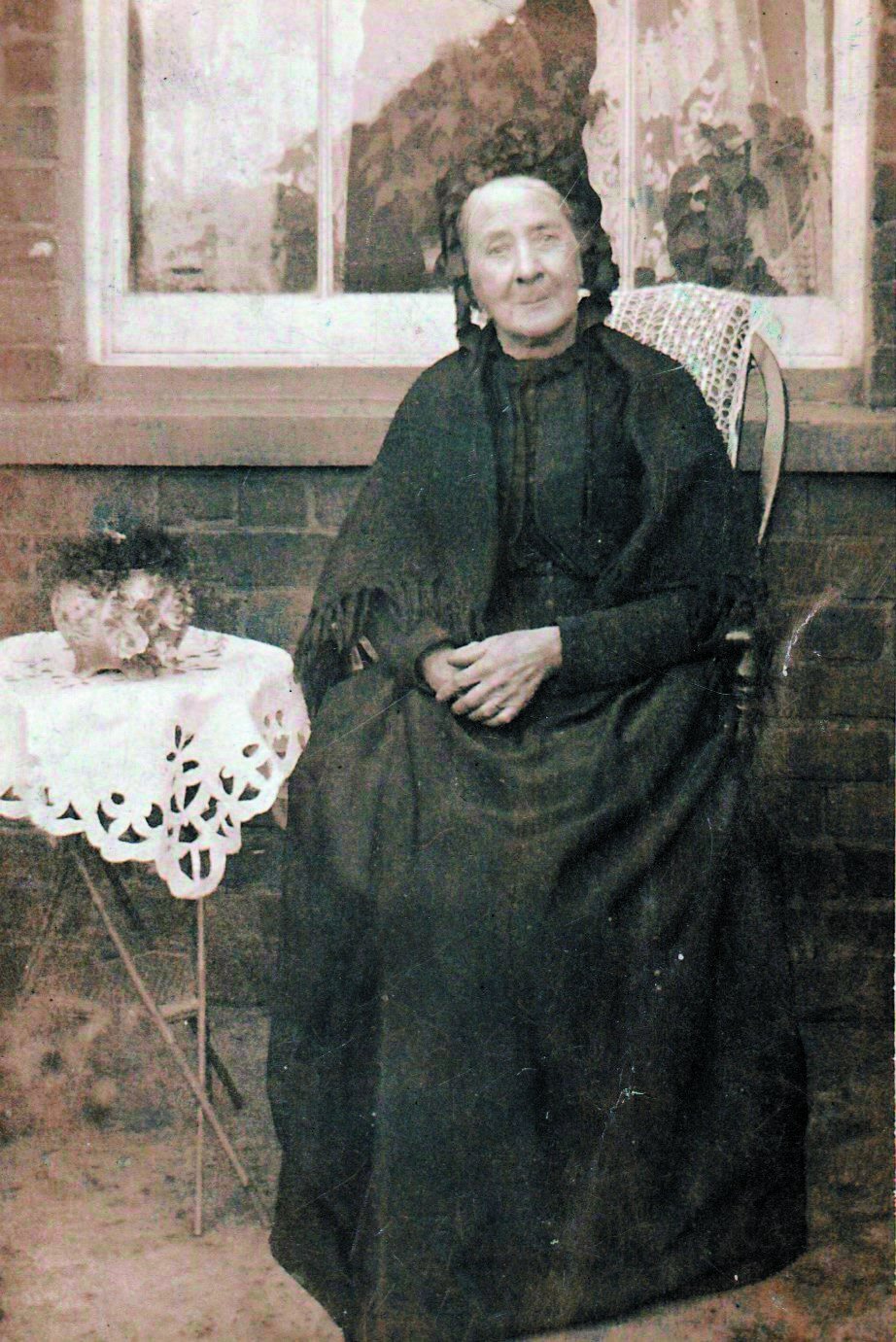 The census of 1911 shows John Jackson Clark living with Sarah Maria at 53 The Screeds with 2 daughters and Amelia Cowling living next door aged 85.  Kirton Terrace, shown here finally being demolished in the 1960’s. The road in front was known as the ‘Screeds ’and ended at a kissing gate on the parish boundary between Ashby and Brumby. From there a footpath led north to Scunthorpe High Street. The terrace, which also became known as the ‘Screeds’, was built in 1895. The word means a narrow strip of land. Another Ashby name of some antiquity was the ‘Smootings’. This described a passageway that once linked Ashby High Street with the ‘Screeds’. 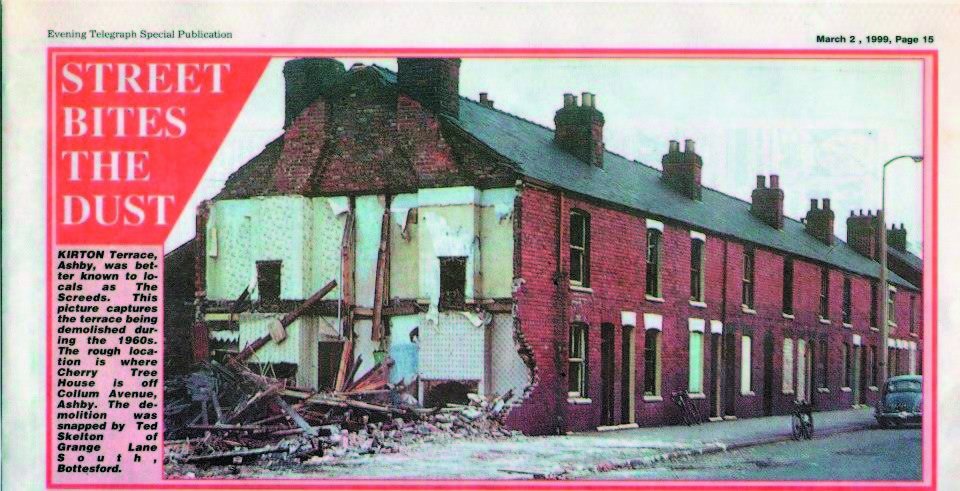 Census 1911 shows Joseph’s address on the day of the census taken on the 2nd April as Royal Sailors Rest, 74-174 Commercial Road, Buckingham Street, and Chardos Street, Portsmouth, occupation stoker, listed as single aged 21. He had at that time been in the Royal Navy for 3 years.

The next date we are very sure of, is that he married

Lizzie Redford on August 7th 1911 at the Wesleyan Chapel in Ashby. Lizzie was a year older than Joseph and was born in Bardney.

Joseph and Lizzie had 2 children, Arthur John born 14th July 1912 and Leslie Albert born 29th October 1914. It is not known when they moved there but Lizzie was living with the children at 33 North Parade in Ashby on the 31st May 1916. 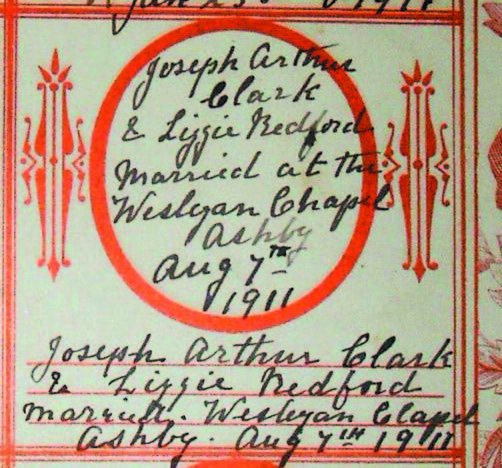 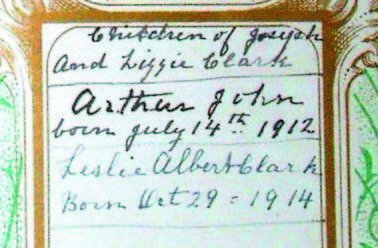 ncidentally also living on the same street was her sister-in-law, Joseph’s sister Betsy Markham née Clark at No. 8. Lizzie re-married in 1919 and they were named amongst the mourners at the funeral of Betsy Markham in Ashby in 1937, “Lizzie, Walt and family”.

Obituary in the Lincolnshire Star, Saturday 13th of May 1916:

“The funeral took place on Wednesday of Mr. Jackson Clark, who passed away on Saturday. The first part of the service was held in the Wesleyan Chapel. Mr. Clark was most highly respected in the village and also held the position of the superintendent of the Wesleyan Sunday School for a large number of years.”

He was aged 59 and he died just 19 days before his son Joseph died at the Battle of Jutland. 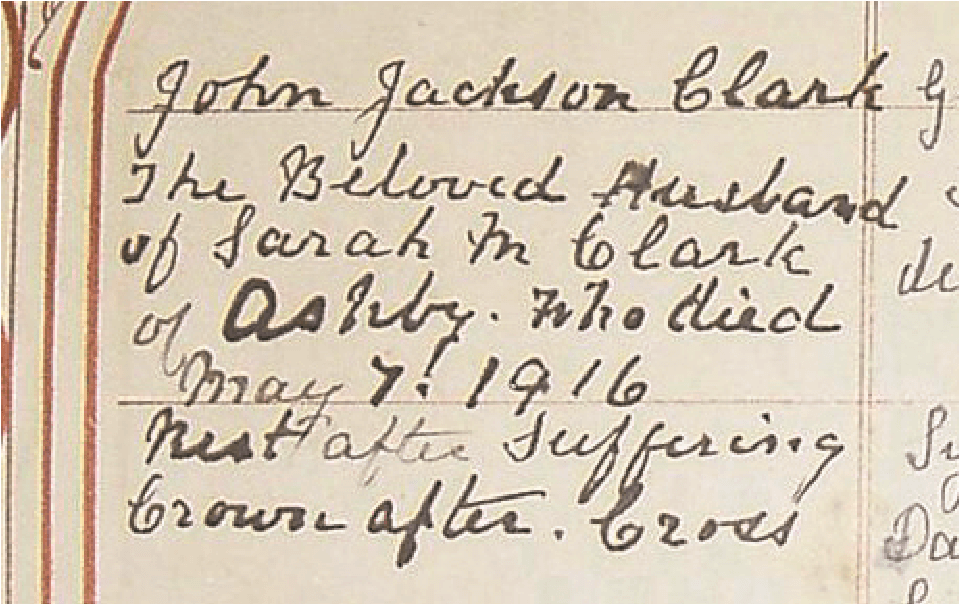 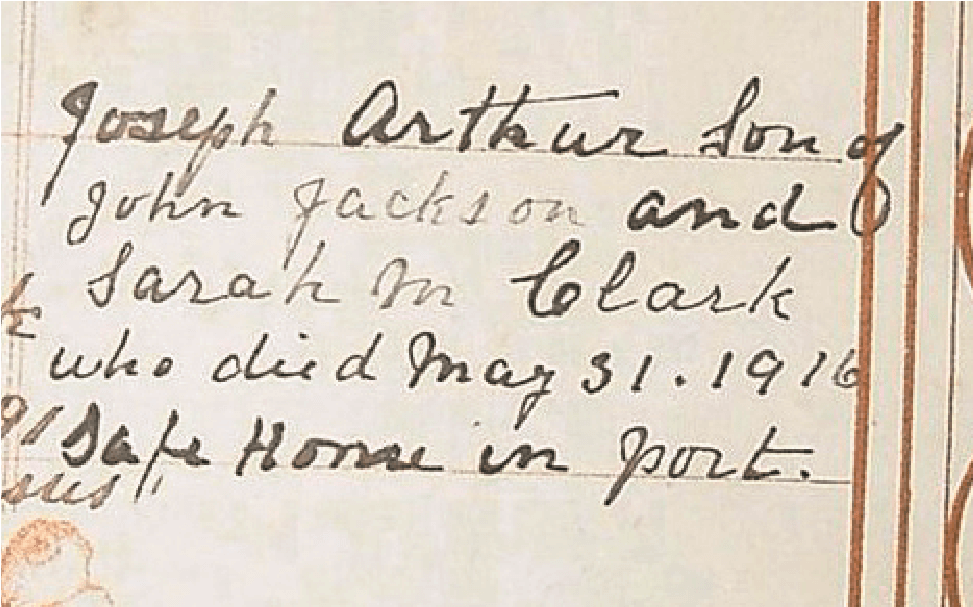 Special Service, then a fairly recent introduction was for 5 years with the fleet followed by 7 years on the Royal Fleet Reserve (RFR), liable for recall at any time. Most stokers were on this engagement. While RFR, the man was paid an annual bounty, not much, but a useful addition to his civilian wages. 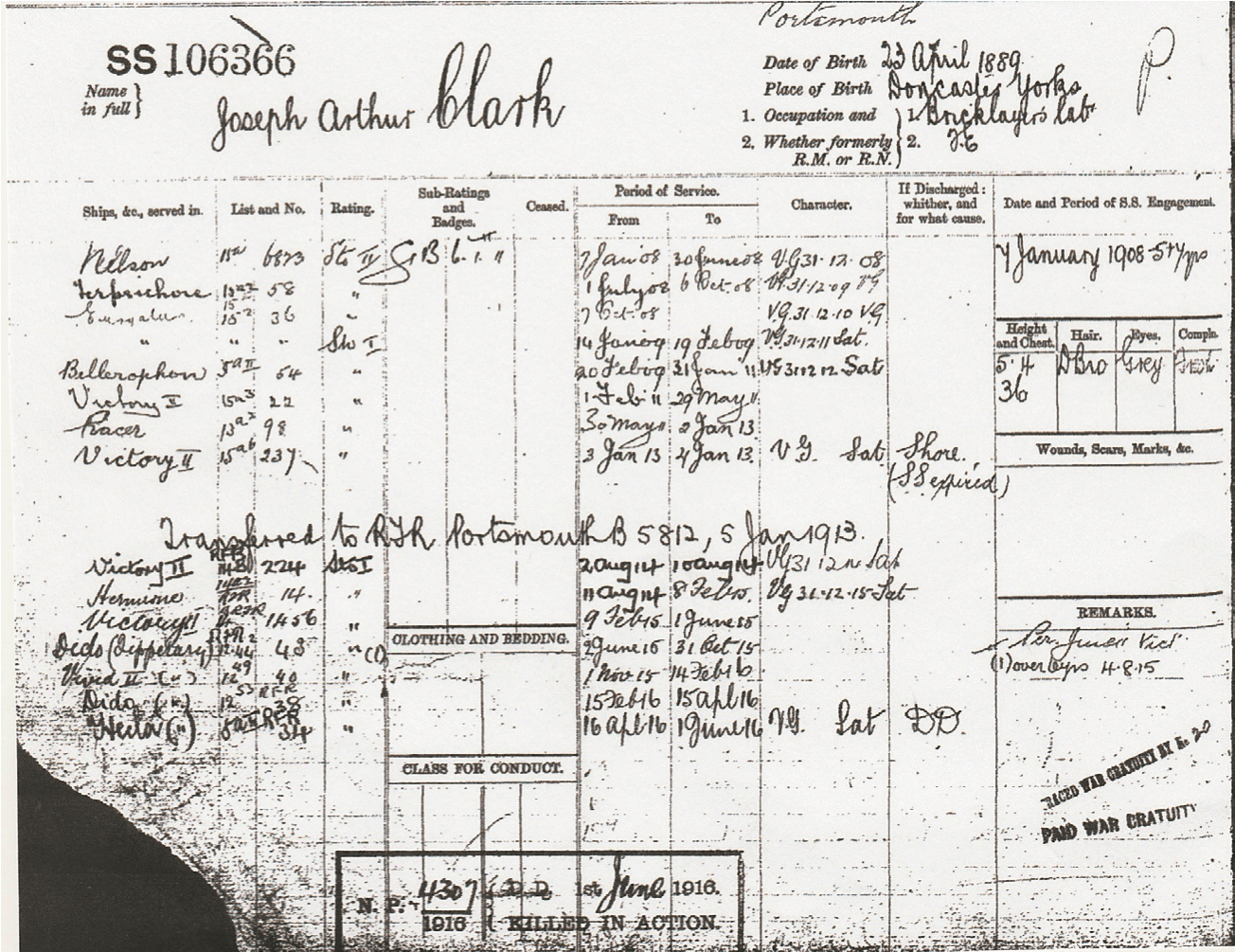 Stokers – and artisans such as blacksmiths – underwent firearms drill and field craft as a part of their basic training and had to demonstrate proficiency in these tasks prior to being promoted to Stoker 1st Class (as he was on the 14th January 1909) Presumably because they were the most likely to be on landing/boarding parties.

Joseph, then aged 19 after basic training in Portsmouth, served next on HMS Euryalus (a Cressy-class armoured cruiser launched in 1901). 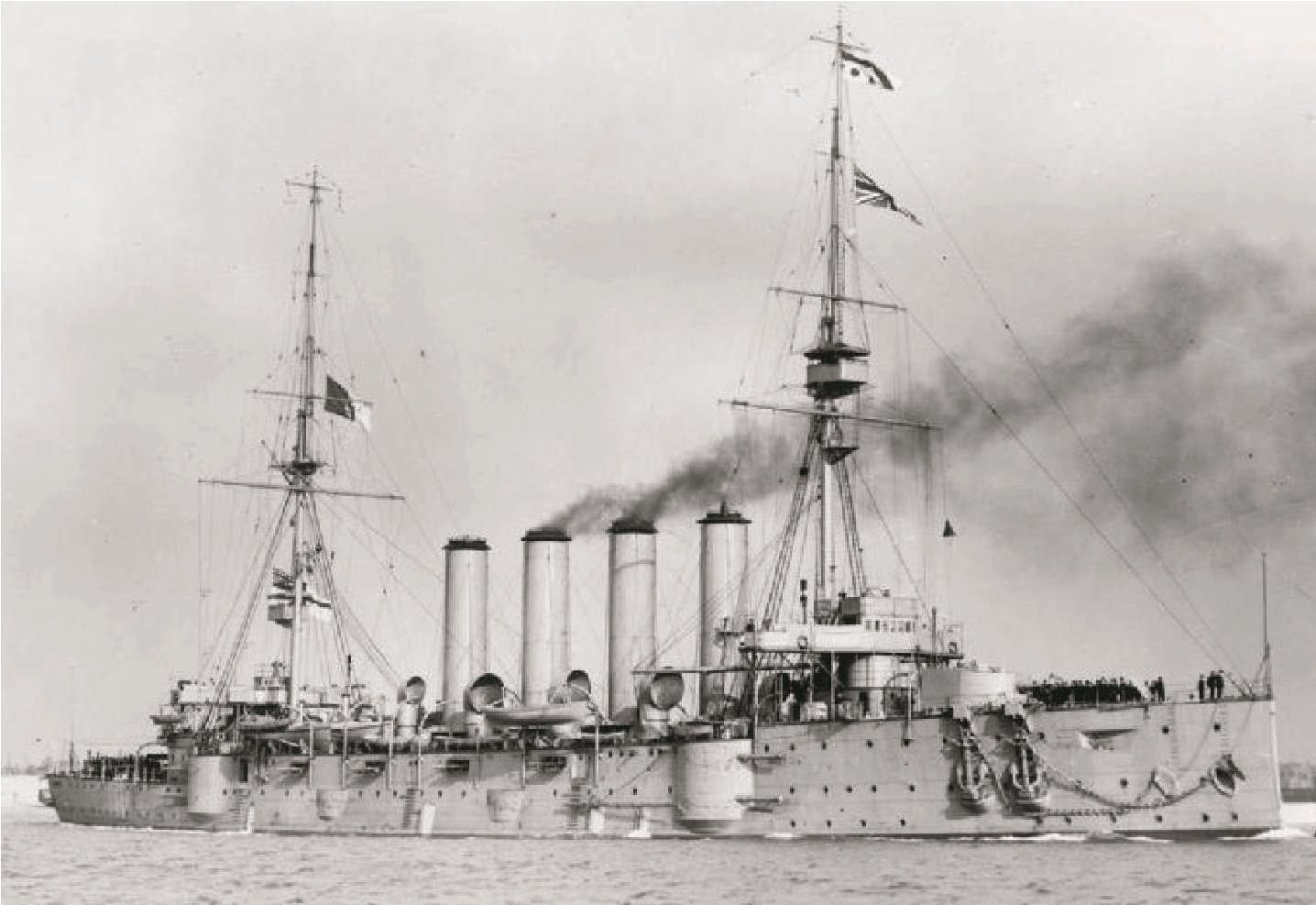 We know much more at this time because she sailed on December 30th 1908 from Malta to Messina in Italy. It is interesting to imagine what Joseph at his young age, probably not having travelled previously very far from his home in Ashby, would experience not only the journey to Portsmouth but now also Malta and the coming events in Italy. The Euryalus had a complement of between 725 and 760 and was powered by 30 Belleville boilers hence the need of so many stokers.

Italy. Centered in the Messina Strait, which separates Sicily from Calabria, the quake’s magnitude equaled a 7.5 by today’s Richter scale. Moments after the quake’s first jolt, a devastating tsunami formed, causing forty-foot waves to crash down on dozens of coastal cities.”

The Messina quake was undeniably the most destructive to ever hit Europe. Most of southern Italy’s cities lost as many as half their residents that morning. The population of the city of Messina alone – 150,000 – was reduced to only hundreds; the total death toll throughout Italy was estimated at nearly 200,000. Accounts of shaking and aftershocks were reported throughout Sicily.

A large-scale relief operation was launched including 7 Royal Navy ships from Malta and this is an excerpt from the book by J.W. Wilson and Roger Perkins called “Angels in Blue Jackets” fully documenting the Royal Navy’s participation in the days following the earthquake. 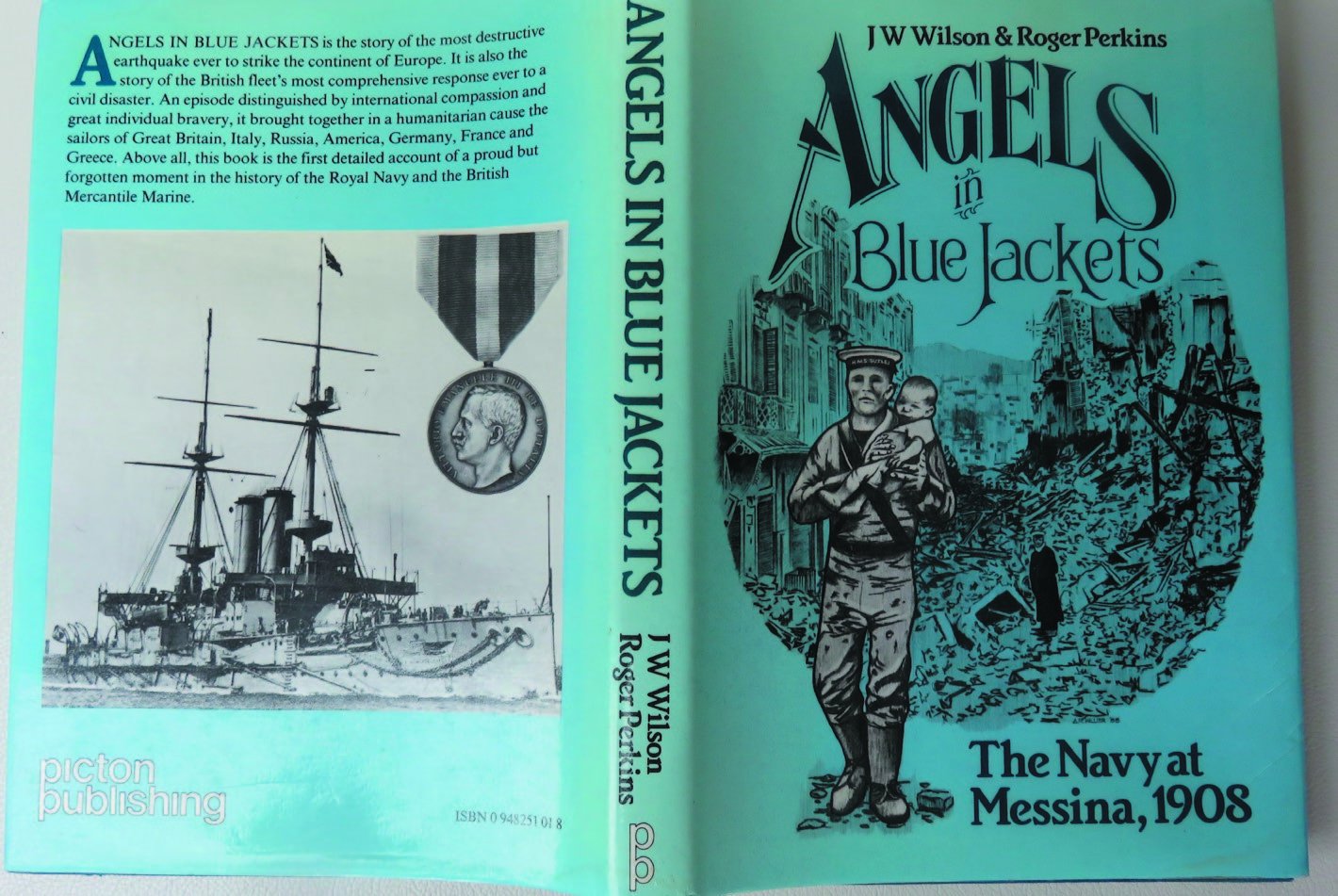 “HMS Euryalis arrived at Villa San Giovanni on the morning of New Year’s day. On board she carried 1000,000lb of biscuit, 1000,000lb of corned beef, 30,000lb of bagged flour and 20,000ld coffee. The steam pinnace and ship’s pulling boats ferried part of those stores to the relatively intact sea wall where it was man-handled inland by a party of forty-six Royal Marines. Similar landings were made at Cannitello and Scilla, from which 117 injured persons were embarked. The Euryalis turned and headed back to Siracusa where the casualties were handed over to the care of the civil authorities. She remained at  Siracusa two days more, awaiting further duties, but was then ordered back to Malta where she berthed on the afternoon of 5 January.”

The complement of the Euryalus at that time was 661 and consequently all received the Messina Earthquake Commemorative Medal and were named in the book.   There were 190 who landed from the ship to participate in the rescue operations the majority being Royal Marines, officers, and NCO’s plus medical staff.

Joseph was not amongst these.

After the Euryalus, Joseph served on HMS Bellerophon from 1909 which was a a dreadnought (a battleship) of the Royal Navy. She was the lead ship of the Bellerophon class, built in 1907 and the fourth Royal Navy vessel to bear the name of the mythic Greek hero. A lead ship, name ship, or class leader is the first of a series or class of ships all constructed according to the same general design. The Bellerophon had a complement 733 officers and men and as the Euryalis also had a top speed of 21 knots. 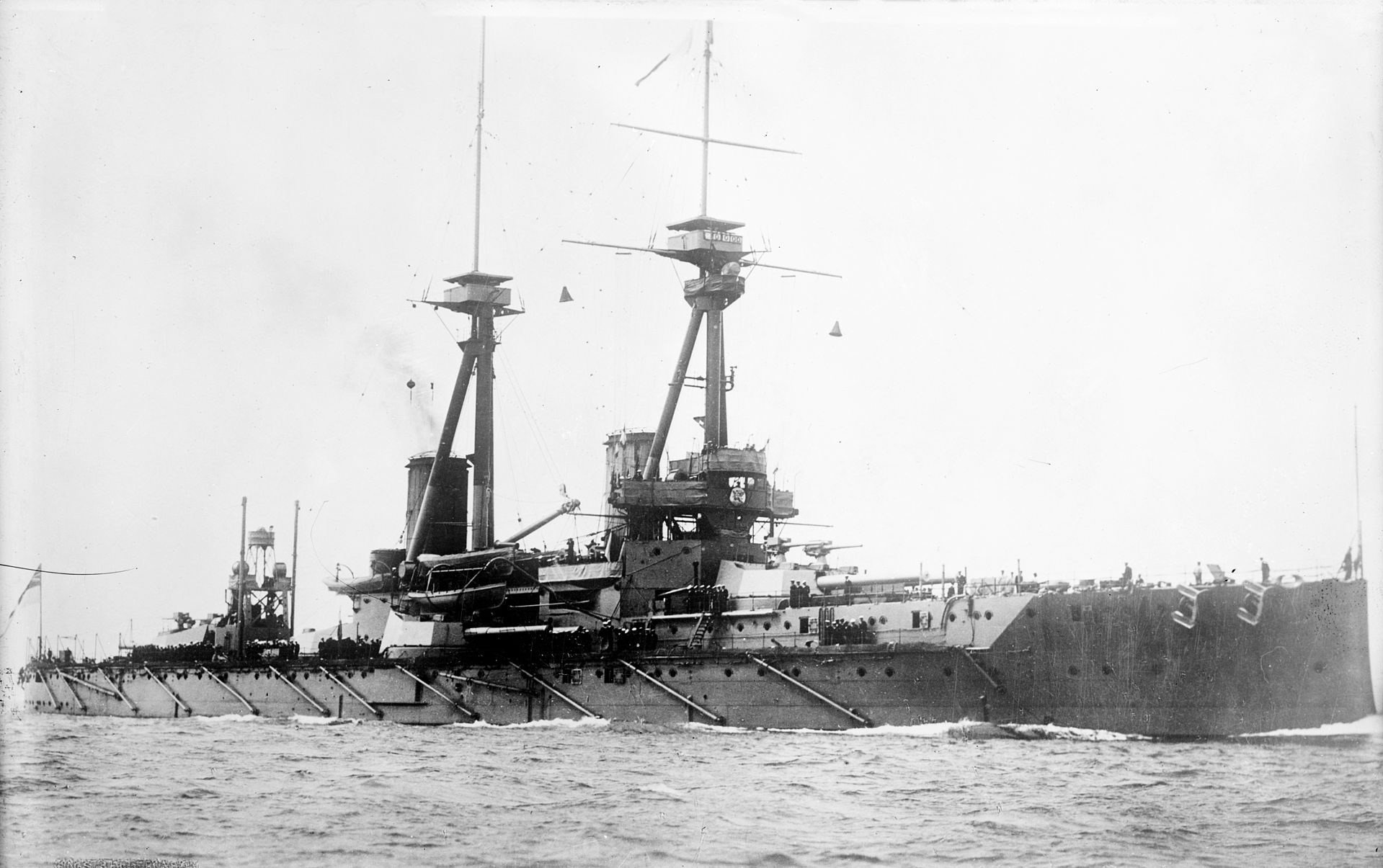 In June of 1915 Joseph joined HMS Tipperary, which was to be his last ship. Tipperary  launched on 5th March 1915, was a Faulknor-class destroyer leader. The ship was smaller and faster than Joseph’s previous ships, having a complement of just 197 but a speed of max. 32 knots powered by 6 White-Forster type water-tube boilers, steam turbines. 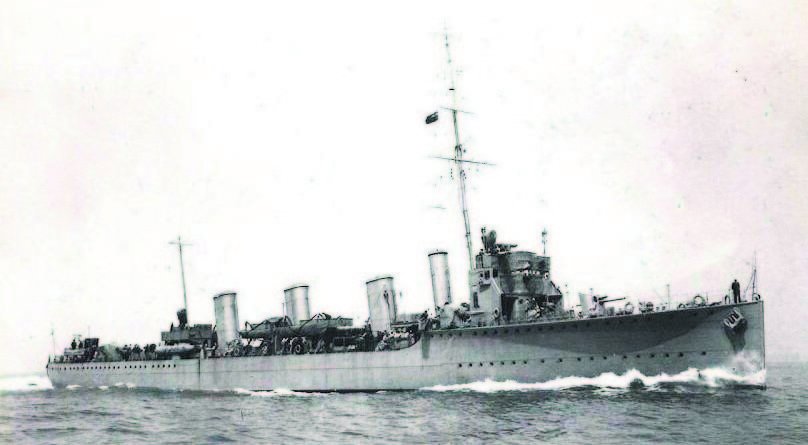 Tipperary and her sisters were bought by the Royal Navy at the outbreak of World War I. Initially, Tipperary served as the second flotilla leader with the 3rd destroyer flotilla in the Harwich Force, arriving there in June 1915. Late in that same year, she took charge of a detachment of destroyers from the 2nd Flotilla while in March 1916, Tipperary had rejoined the Harwich Force, being attached to the Fifth Light Cruiser Squadron. In May 1916, Tipperary was made the leader of the 4th Flotilla, a formation which directly supported the Grand Fleet.

Tipperary led the 4th Flotilla at the Battle of Jutland under Captain C. J. Wintour. Tipperary and her squadron pressed home determined torpedo attacks on the German main battle line as it escaped across the rear of the British fleet during the night action, starting at approximately 23:20 on 31st May 1916. The 4th Flotilla sank the German light cruiser SMS Frauenlob, but Tipperary and many of the other British destroyers were sunk or badly damaged. These engagements took place at such close range that some of Tipperary’s squadron were able to hit the German dreadnoughts with their small 4-inch guns, causing casualties that included command officers on the bridges.

HMS Tipperary was sunk on 1st June 1916 by 5.9inch (150 mm) fire from the secondary battery of the German dreadnought SMS Westfalen with the loss of 185 hands from her crew of 197. The wrecksite is designated as a protected place under the Protection of Military Remains Act 1986.

The Battle of Jutland (off the coast of Denmark) is considered to be the only major naval battle of World War One. Jutland witnessed the British Navy losing more men and ships but the verdict of the Battle of Jutland was that the German Navy lost and was never in a position again to put to sea during the war.

Admiral John Jellicoe’s tactics were criticised by some, but after the battle the British Navy remained a powerful fighting force whereas the German High Seas fleet was not.

Incidentally John Travers Cornwell VC (8th January 1900 – 2nd June 1916), commonly known as Jack Cornwell or as Boy Cornwell, is remembered for his gallantry at the Battle of Jutland. Having died at the age of only 16, he was posthumously awarded the Victoria Cross. This was the day after Joseph Arthur Clark died in the same naval battle. 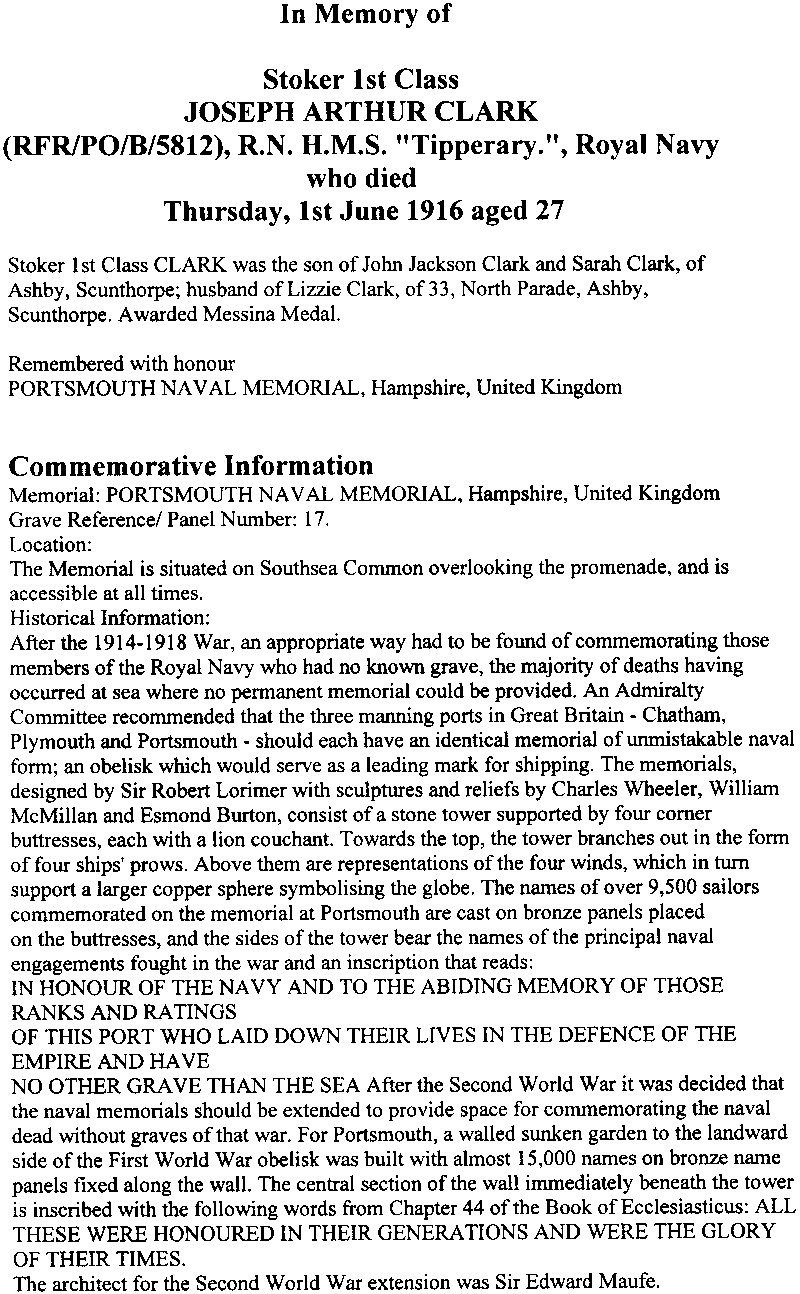