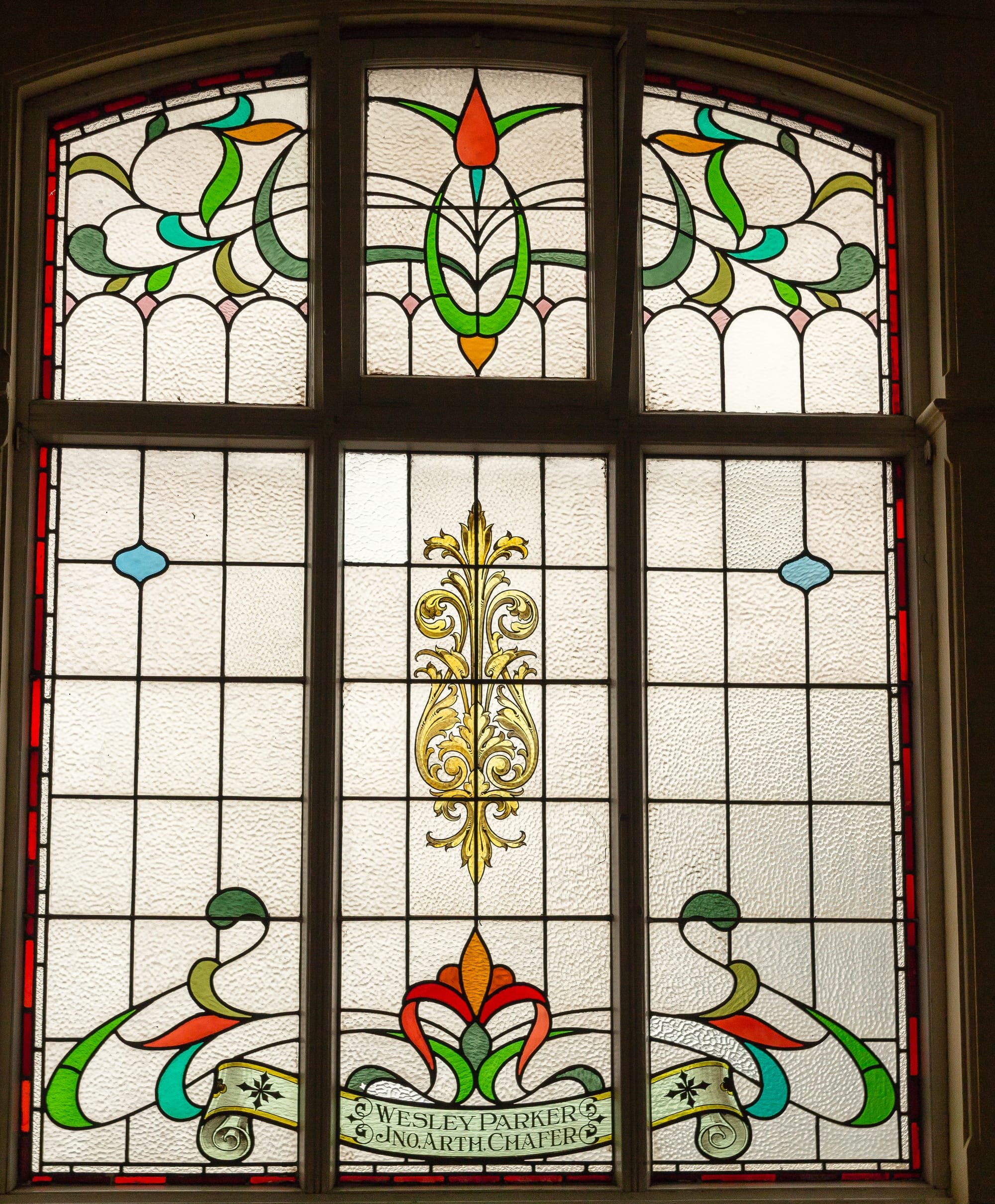 Wesley was born in Eastrington near Howden in East Yorkshire in July 1889. He was christened in Howden on the 26th of September. His parents were Charles and Eliza. Charles Parker and his wife Eliza (née Goundrill) were both from the Howden area and in 1911 we find them living in Gilberdike where Charles was a platelayer. The 1891 census shows Charles and Eliza with their young family living in Eastrington and Charles’ occupation is listed as ‘Railway Platelayer and Wesleyan Local Preacher’ and so it is clear that Wesley himself came from a family whose faith and traditions were deeply rooted in Methodism. 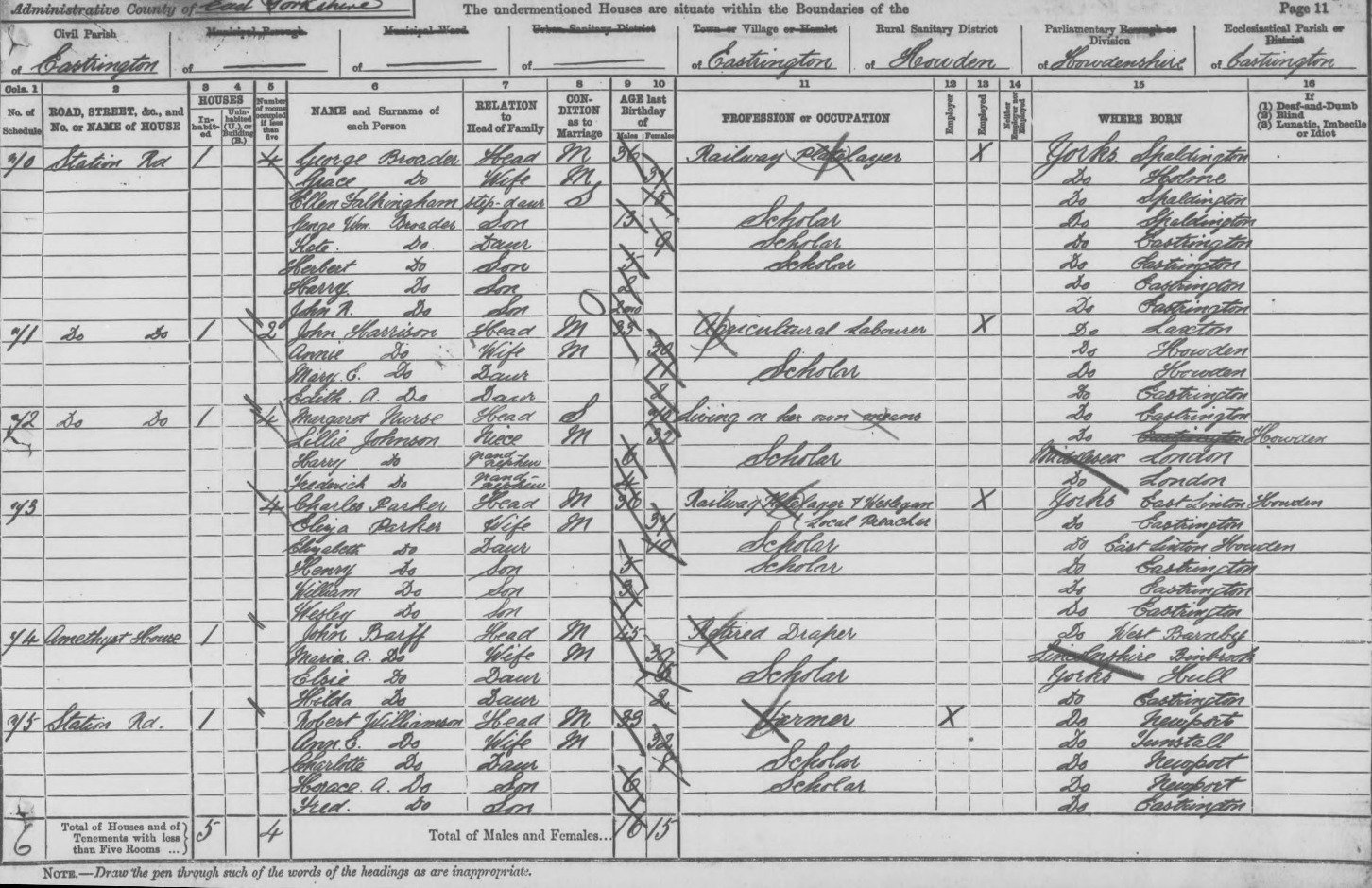 Wesley grew up, left home and like so many others found employment as an ironstone miner in the open cast mines at Ashby Ville. He met Amelia Peart from Scawby and the couple were married in early 1907. They set up home and in 1911 we find them living at 57 North Parade. They went on to have four daughters, Catherine, Phyllis, Eleanor and Olive all of whom went on to live long and successful lives despite the hardships they faced after the death of their father. 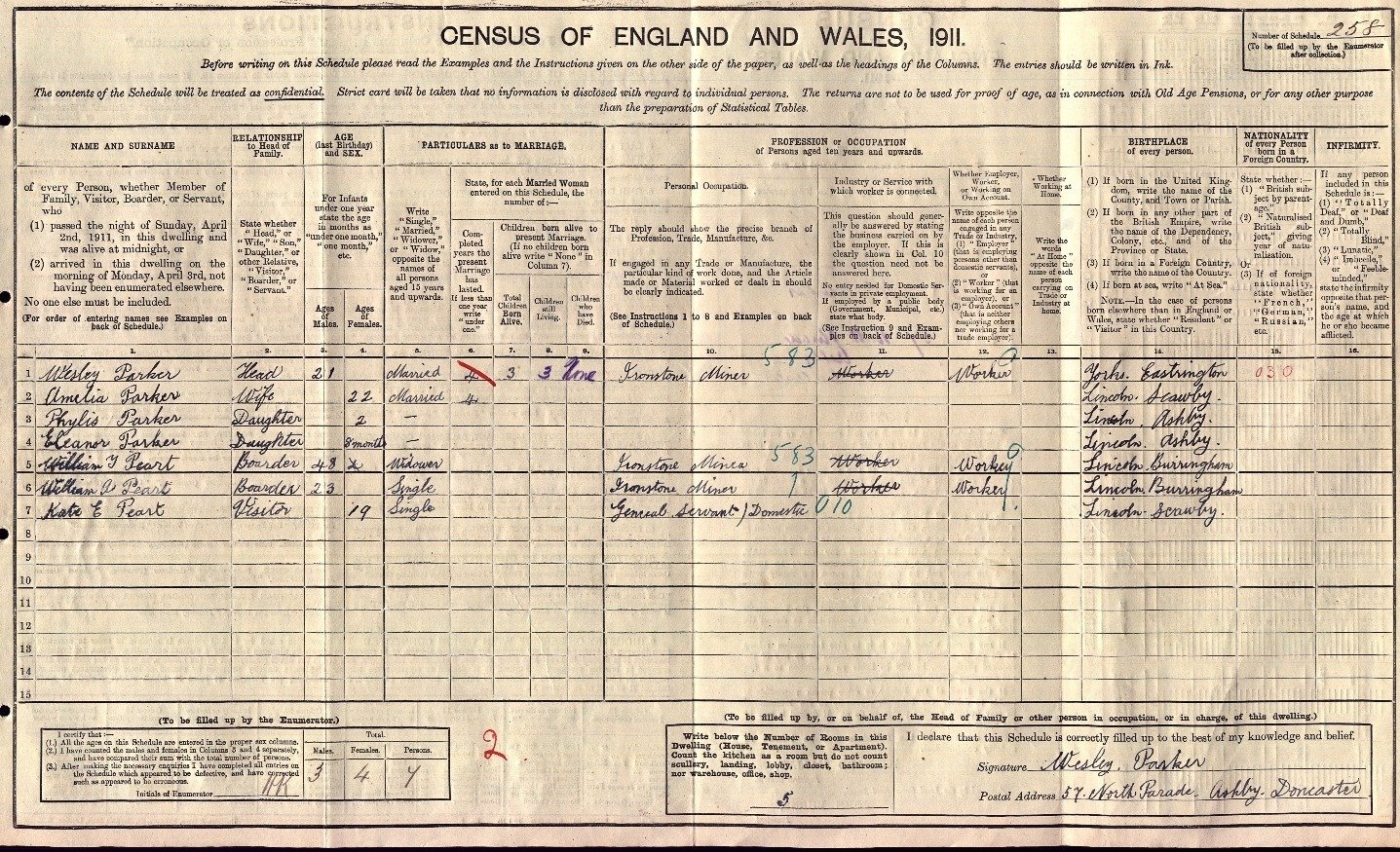 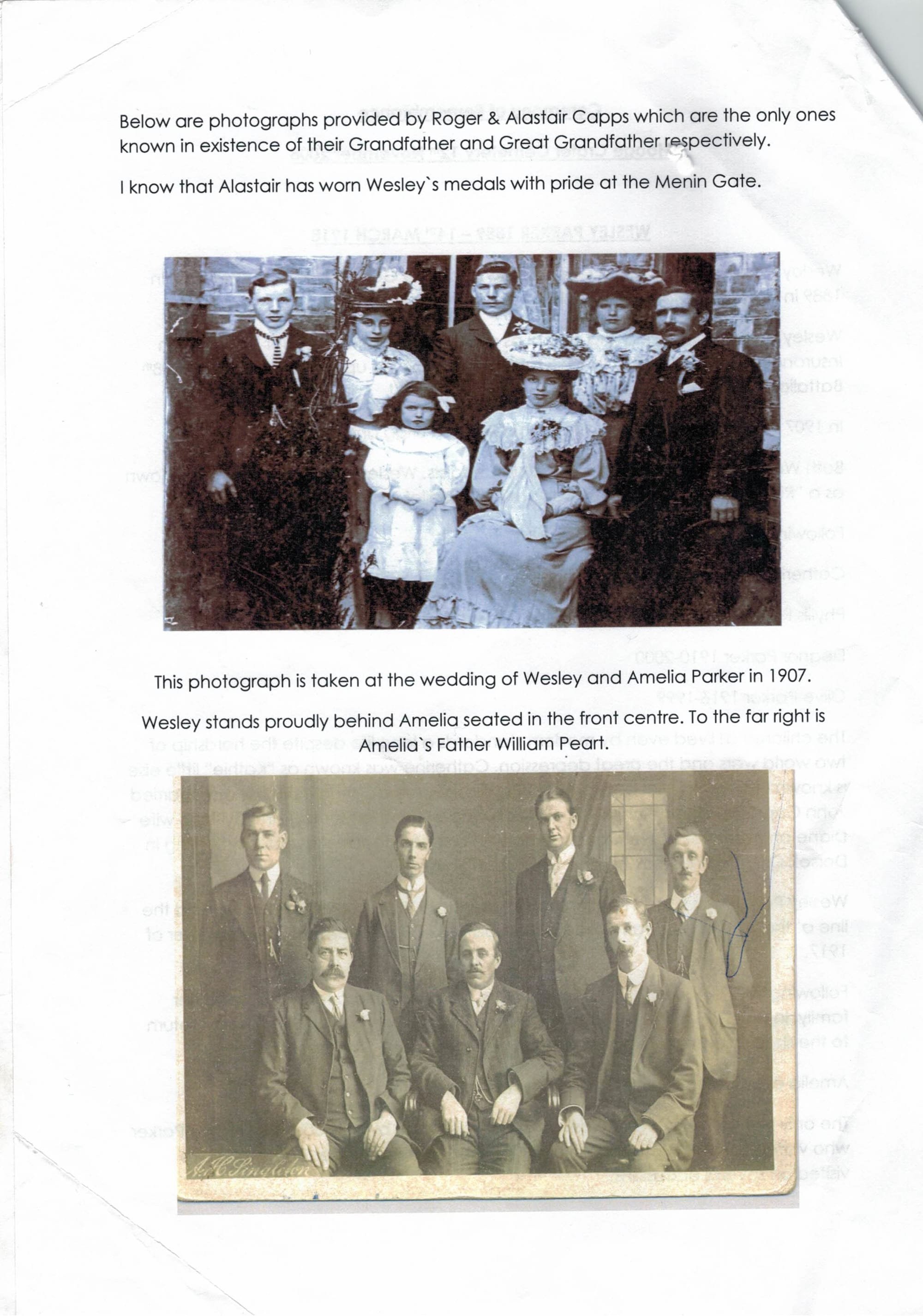 This photograph shows Wesley (far left back row) when he worked as an insurance agent.

Wesley and his young family continued to live in North Parade and remained committed members of the congregation at Ashby Wesley. Wesley himself taught in the Sunday School and was a member of a small Christian evangelical group that gave themselves the name of the ‘Ring of Oak’. 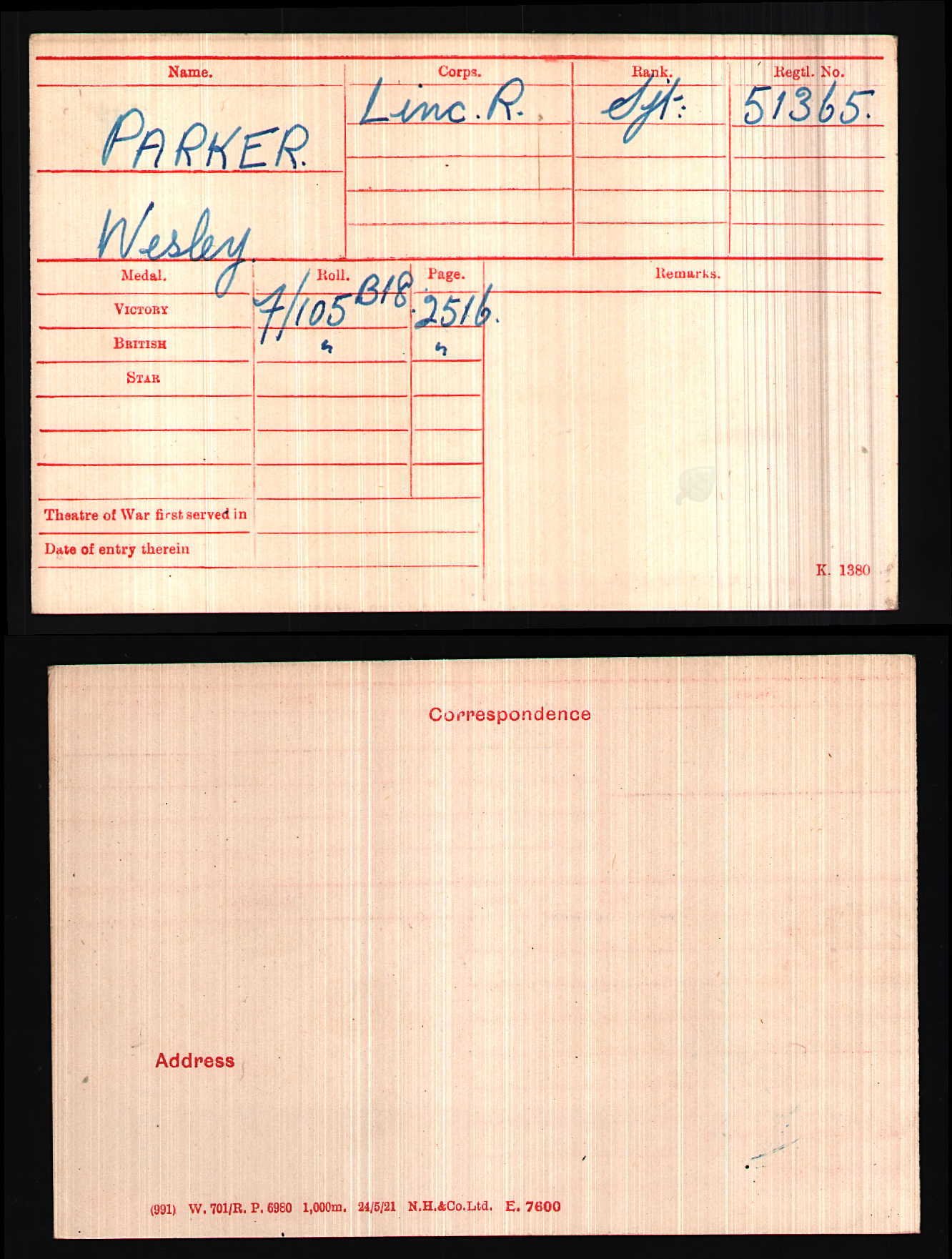 There are few, if any, records of Wesley’s service in the army.

This copy of his medal record card is incomplete and has an incorrect service number. It shows no details of his service or his death on the 14th of March 1918.

The battalion war diaries of the 8th Lincolns  for the month of March show the soldiers at a place which they named Scottish Wood Camp, which is clearly shown on this contemporary map, and then from the 9th of March ‘in trenches’.

The entry for the 14th of March states simply

“Intermittent shelling of front support lines and Bn HQ. 6 OR (other ranks) killed 10 OR wounded.

As a non-commissioned officer Wesley would be listed as ‘other ranks’ and therefore one of the 6 killed in the trench.

Under the heading Roll of Honour  the Hull and Lincolnshire Times of the 20th April 1918 carries the following brief article:

‘The sad intelligence was received on Saturday that Acting Quarter-Master Sergeant Wesley Parker had been killed by shell explosion on the Western Front on the 15th inst. Before the war he was employed in the Scunthorpe ironstone mines, and voluntarily enlisted in the Lincolnshire Regiment. His promotion was rapid and before proceeding to the front he acted as an instructor at Brocton Camp. The deceased soldier leaves a widow and five little children, for whom deep sympathy is extended. Mr. Parker was a member of the Wesleyan Society and a Sunday School teacher and a prominent playing member of the Methodist Cricket Club.’ 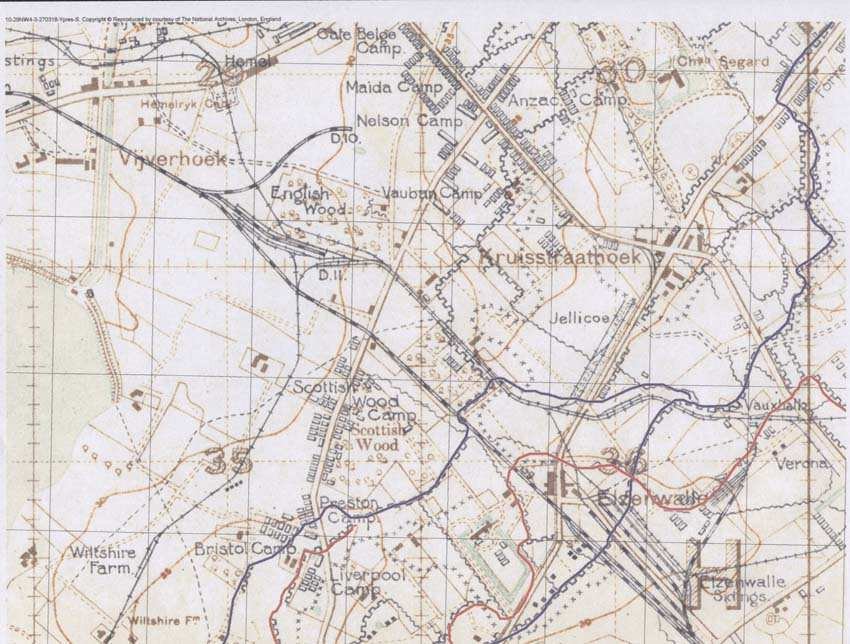 Here we see a photograph of Corporal Wesley with a young Lance Corporal. 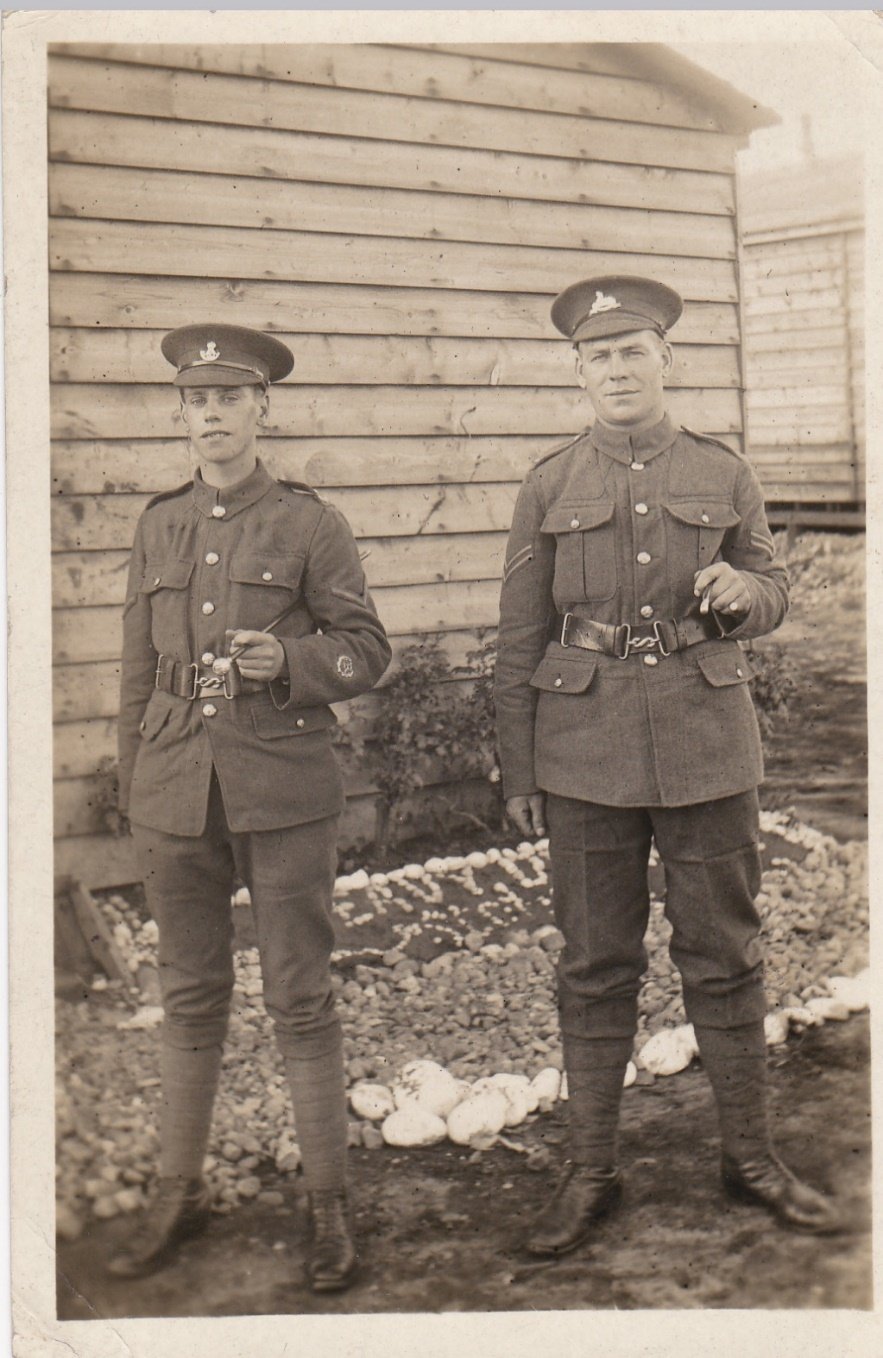 This photograph, in a similar setting to the one above, may have been taken during his time at Brocton Camp and shows Wesley with his third stripe and the rank of Sergeant. 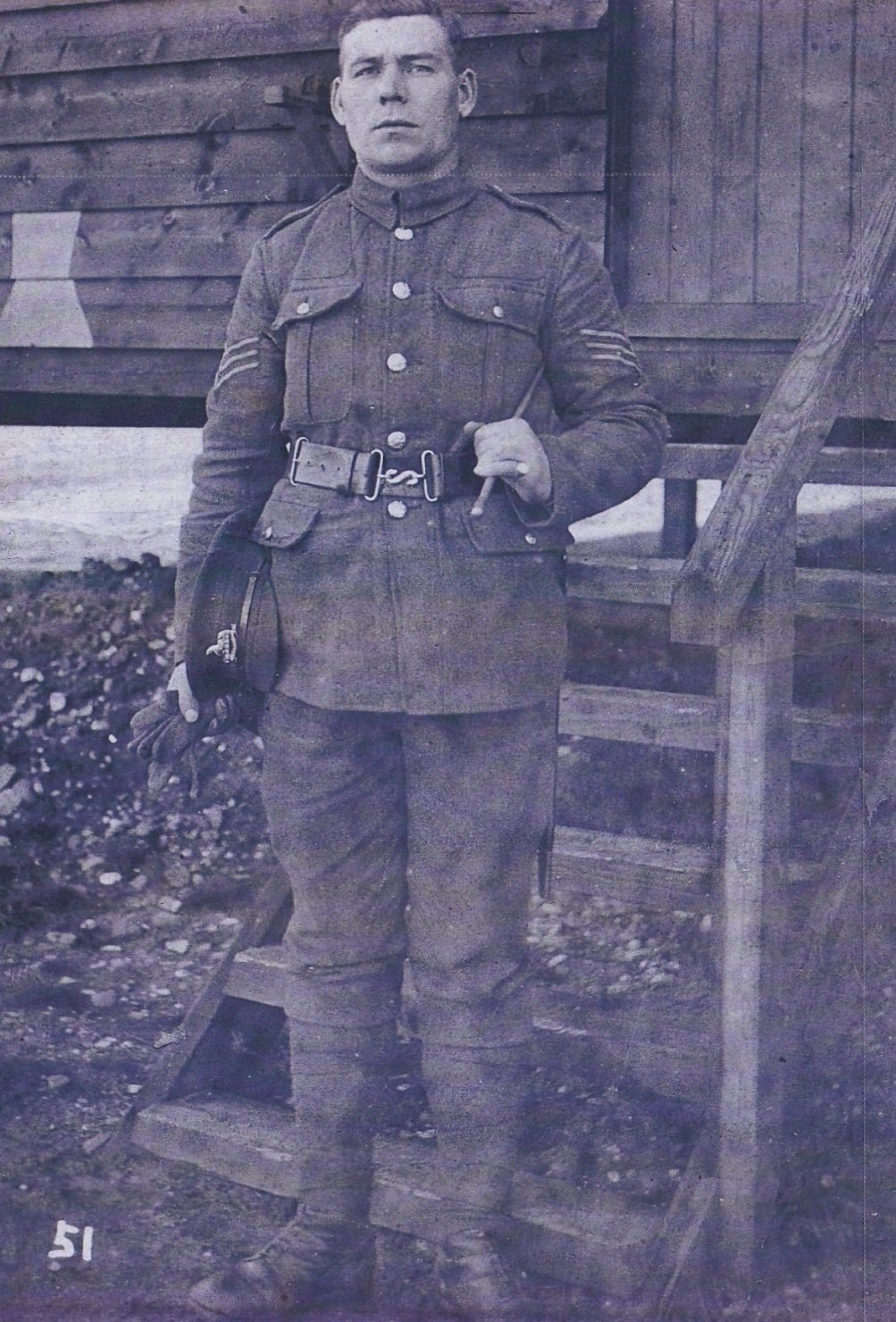 Below we see photos of some of the greetings cards sent by Wesley to his wife.

These were very popular among the troops and were referred to as ‘silks’. They were hand stitched in France and Belgium or by Belgian refugees in the UK.

They were quite expensive and often sent in letters home rather than in the thin paper envelope in which they were sold. 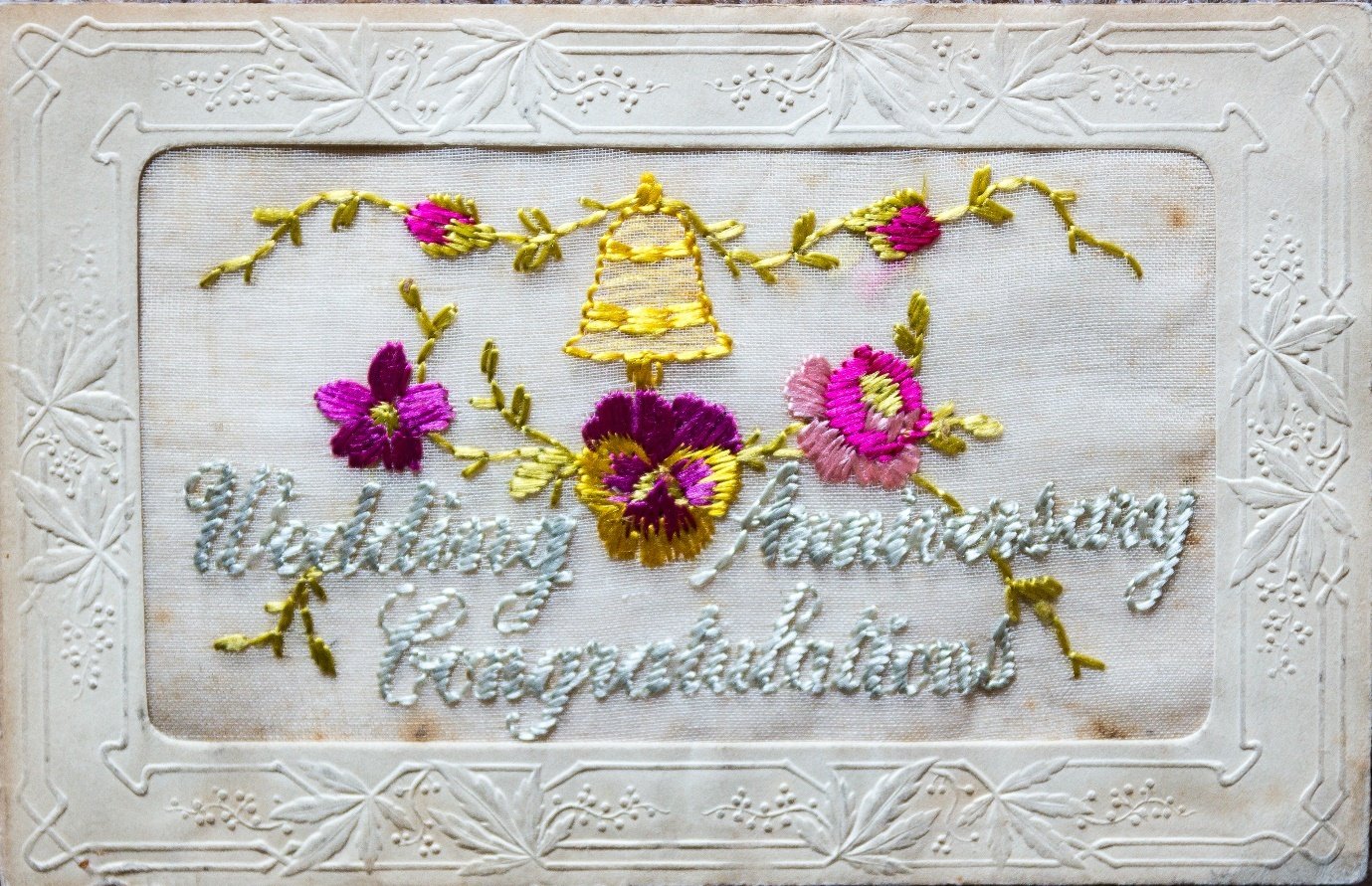 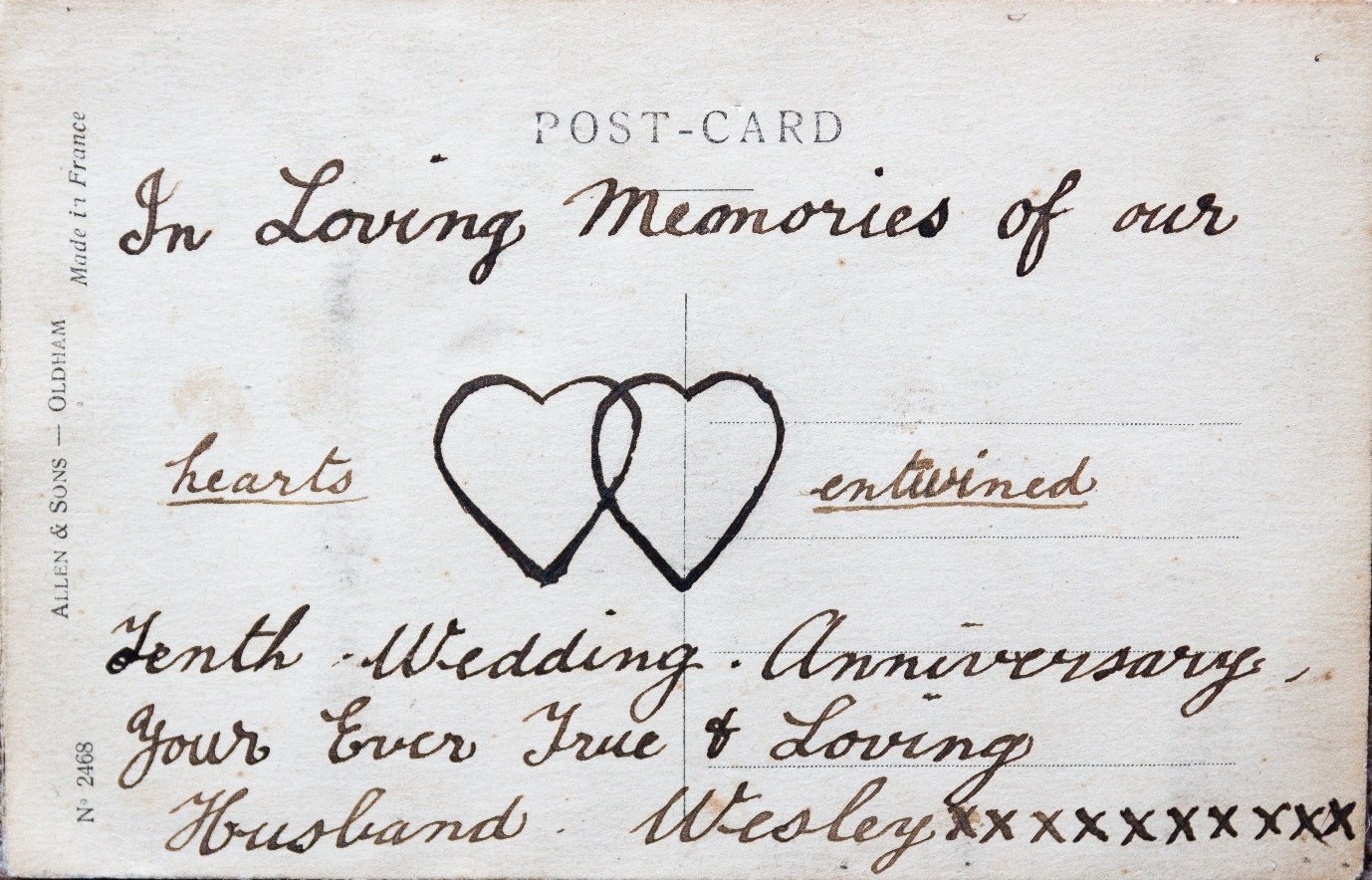 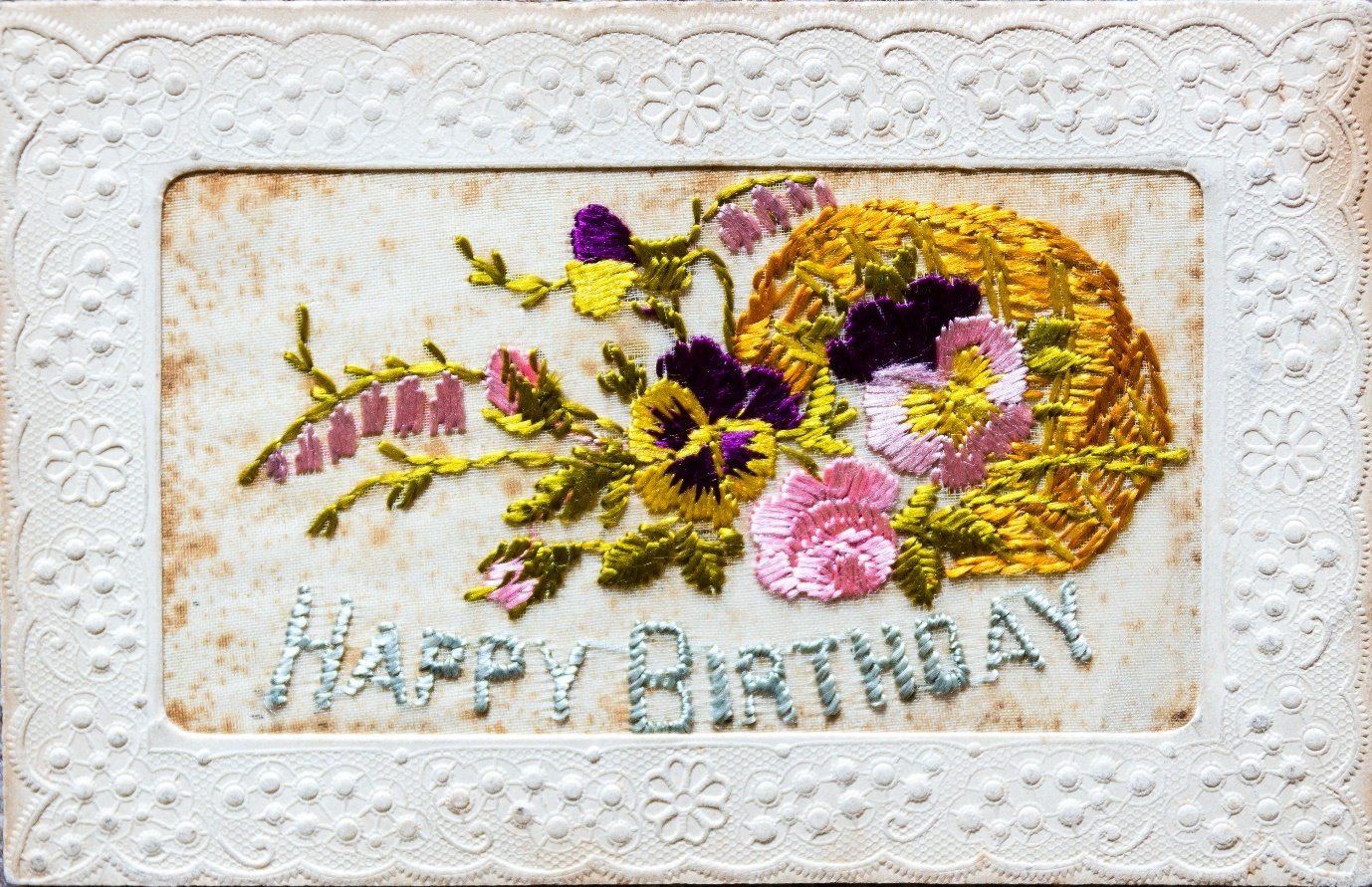 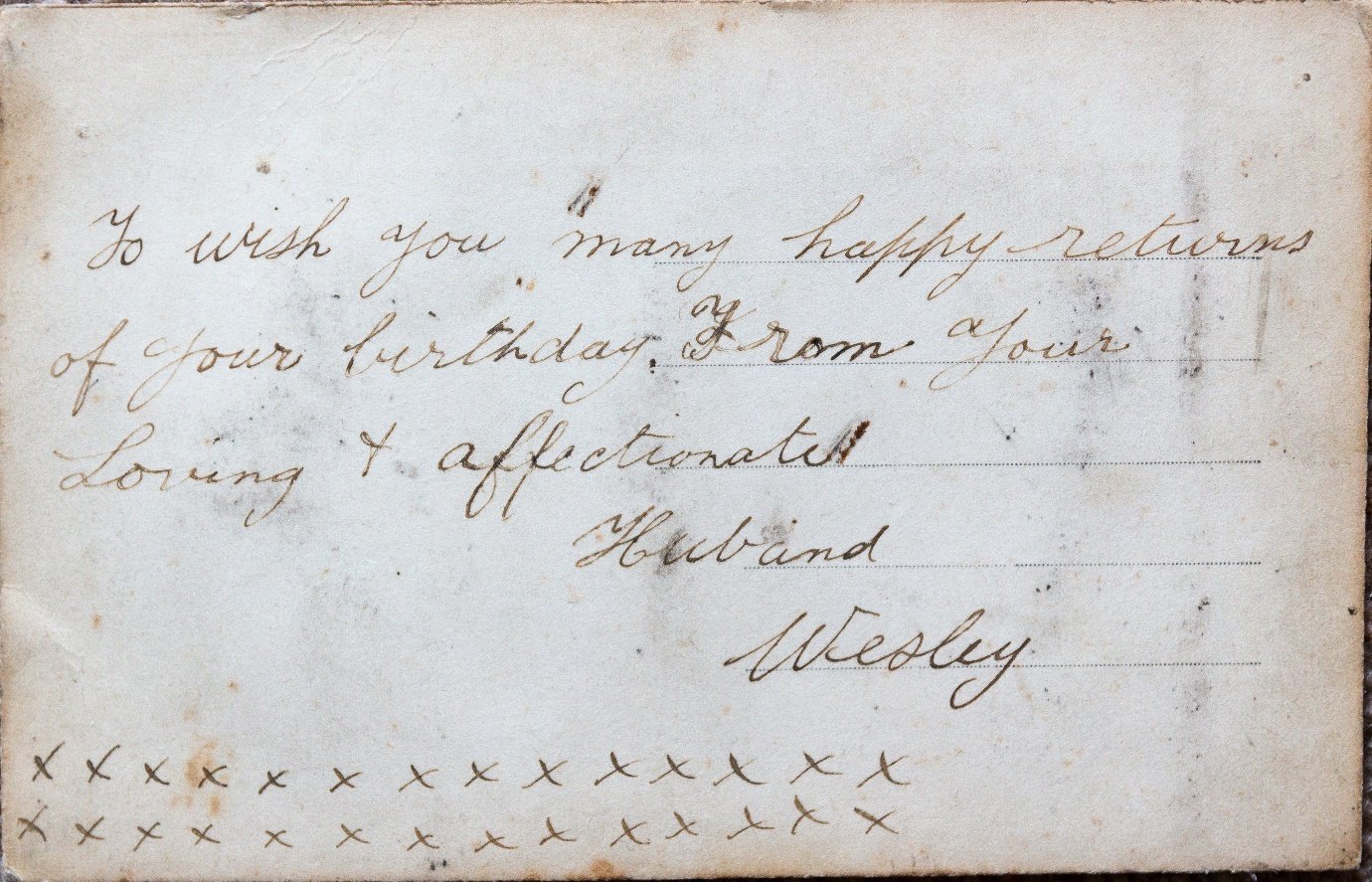 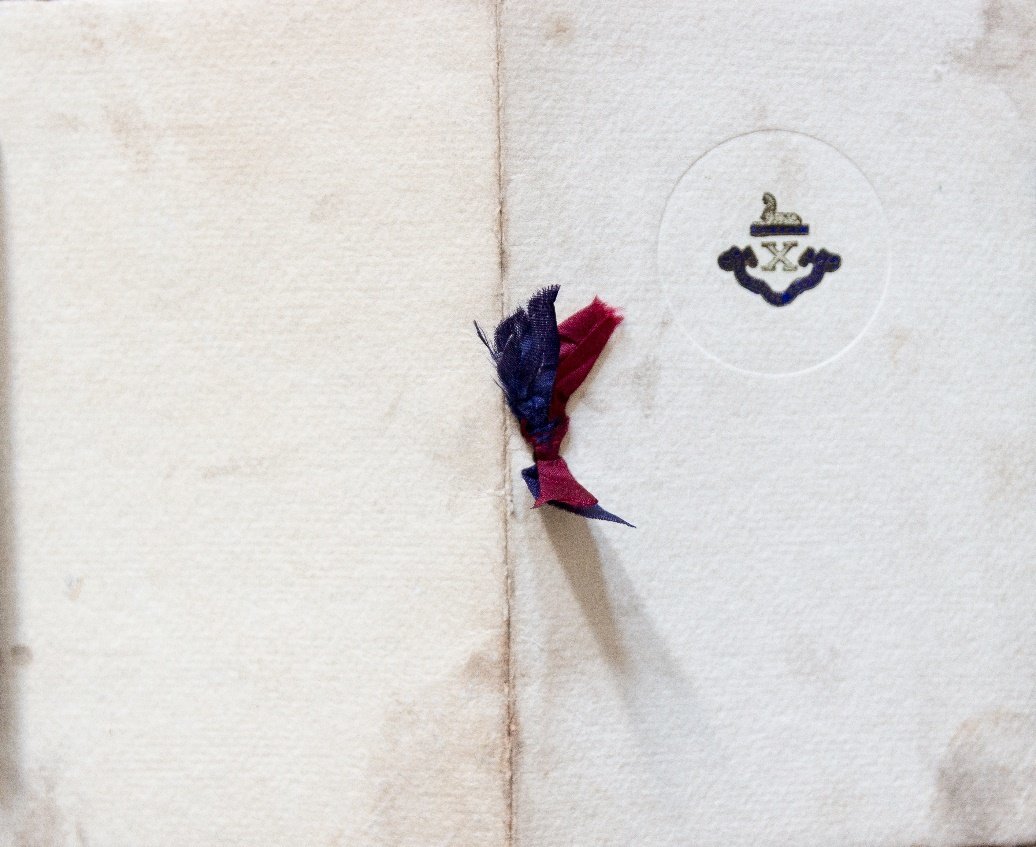 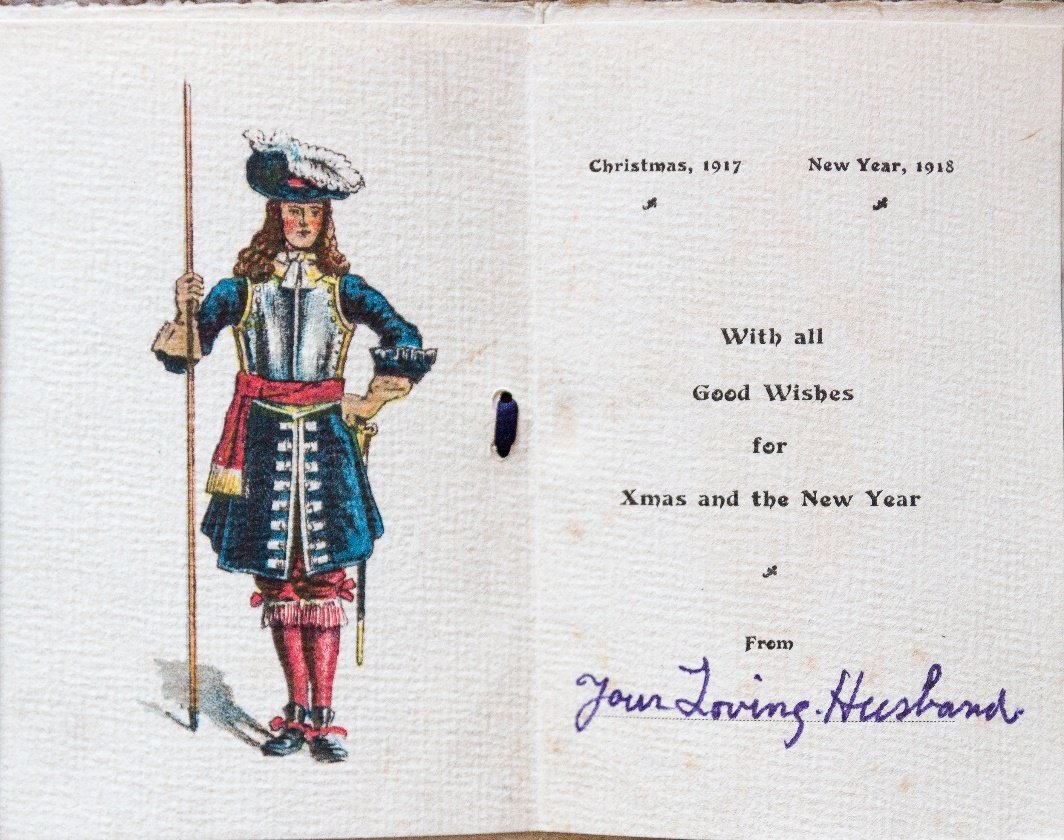 This last photo is of the medal known as the ‘Dead Man’s Penny' which was sent to the surviving families of all the soldiers who died. 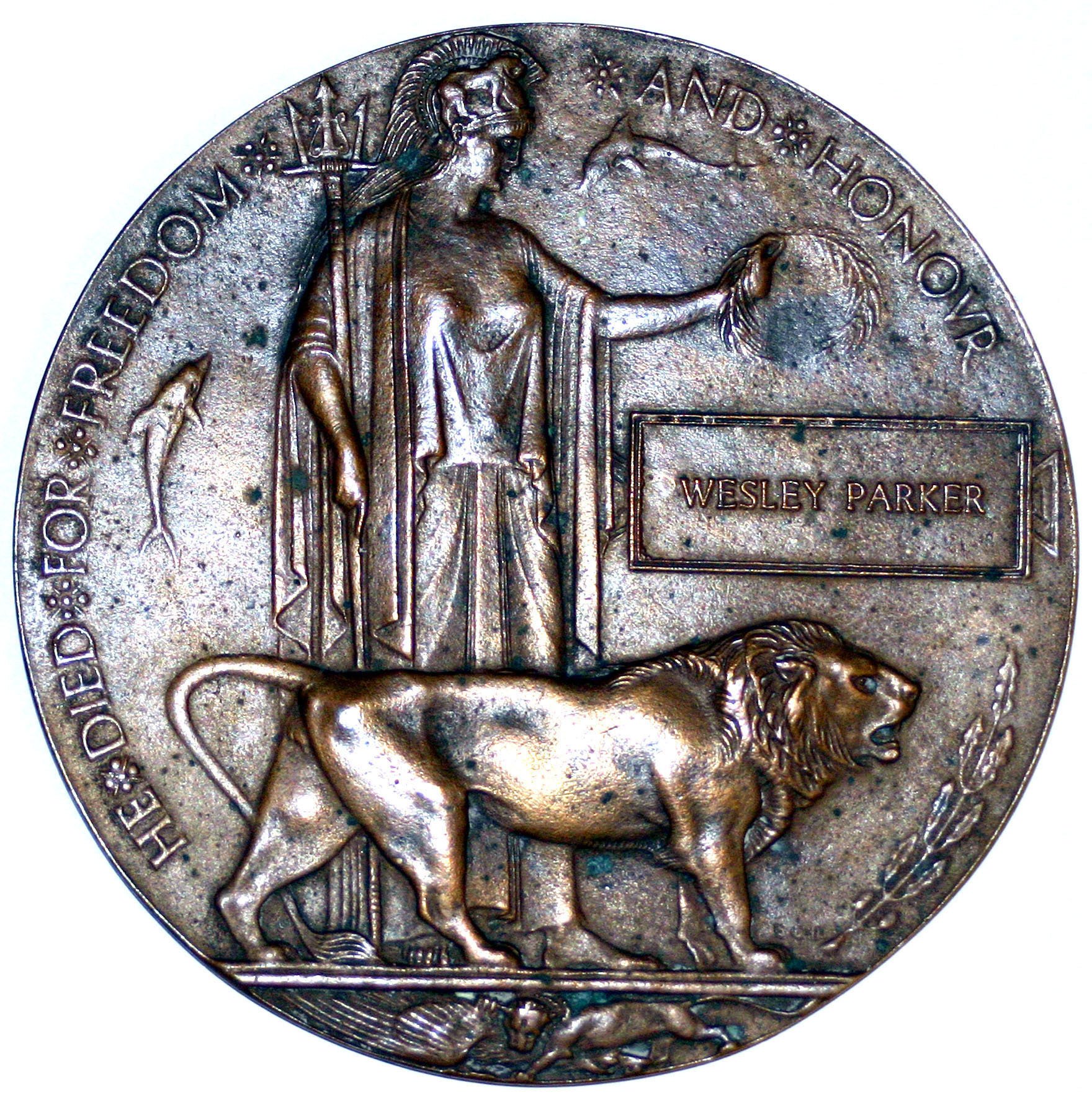 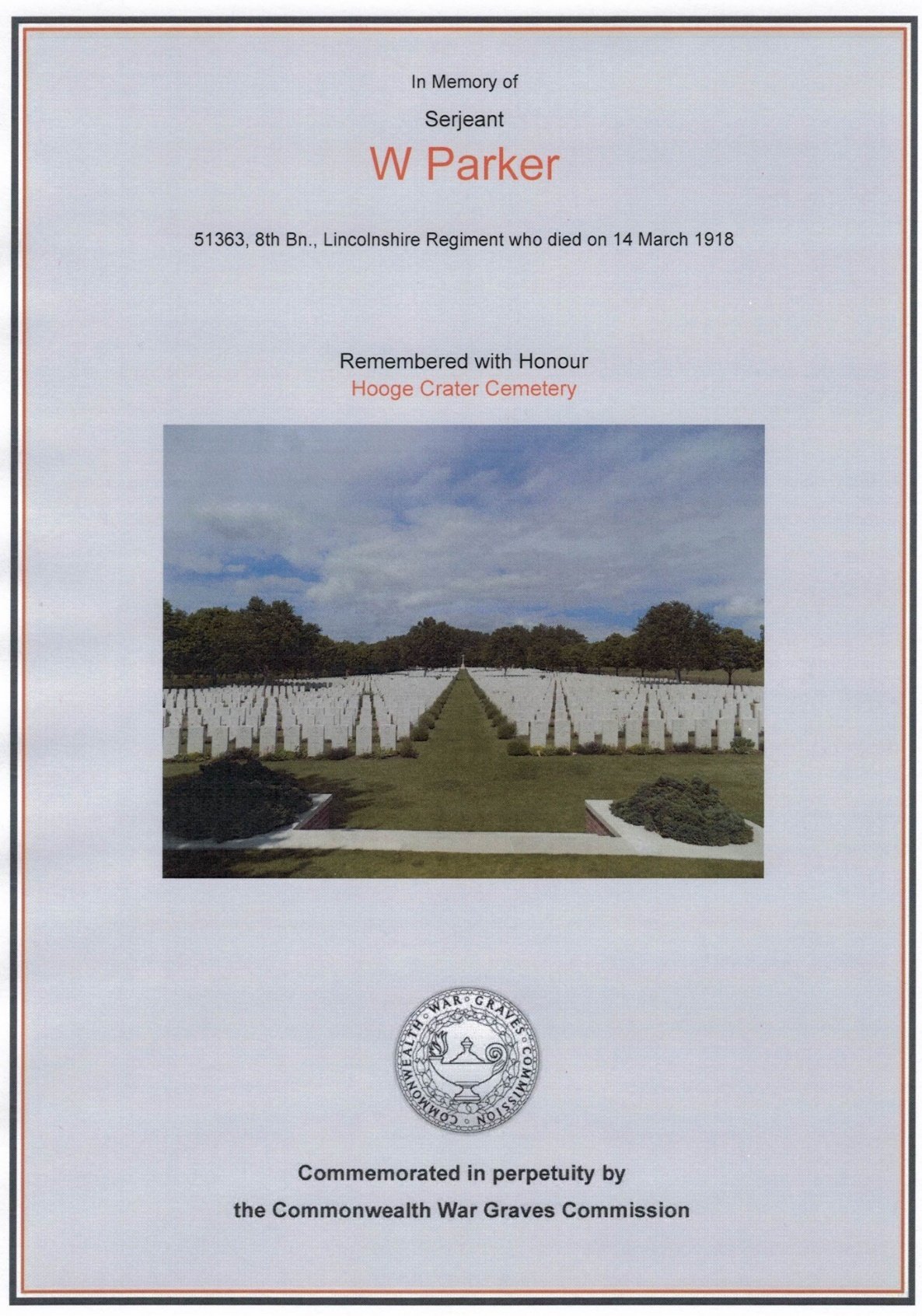 The Hooge Crater Cemetery, where he is buried, is also home to a small museum which has, as part of its display, a large photograph of Wesley.